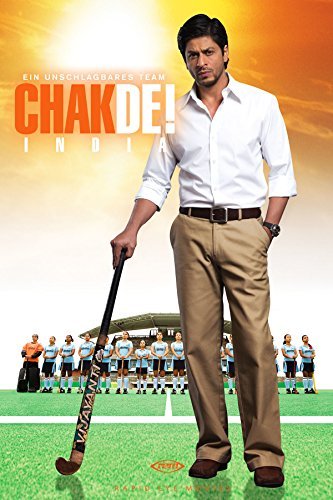 Plot: Ex-captain of the Men's Hockey team, Kabir Khan, comes to coach the Women's National Hockey Team. The girls in the team have their own agenda - they have forgotten what it's like to play the game for the love of it... and for the country. However, Khan, is determined to change it all - and his aim is nothing less than the World Championship. It is a coach's story of making his team overcome their differences and make them realize what it's like to be a part of Team India - victorious Team India. -- Ink Penn

No posts have been made on this movie yet. Be the first to start talking about Chak De! India!