"Doctor Strange in the Multiverse of Madness" (2022) Doctor Strange teams up with a mysterious teenage girl from his dreams who can travel across multiverses, to battle multiple threats, including other-universe versions of himself, which threaten to wipe out millions across the multiverse. They seek help from Wanda the Scarlet Witch, Wong and others. 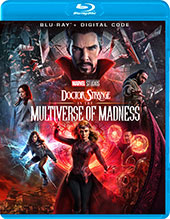 "The Lost City" (2022) Loretta Sage's (Sandra Bullock) novels are filled with ancient tombs and daring adventures, but that doesn't mean she's prepared for them in real life. When she is kidnapped by an eccentric billionaire (Daniel Radcliffe) to locate a legendary lost city, Loretta's handsome cover model, Alan (Channing Tatum), sets off on a heroic but hapless rescue mission. 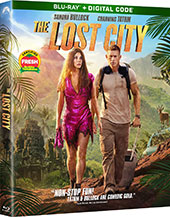 With "Tenebrae" (1982), starring Anthony Franciosa, John Saxon, Daria Nicolodi and John Steiner, Italian horror master Dario Argento elevates the giallo genre to new heights with a darkly humorous and notoriously grisly murder-mystery that many consider to be one 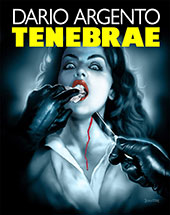 of his finest works. American mystery author Peter Neal (Franciosa) comes to Rome to promote his newest novel, "Tenebrae." A razor-wielding psychopath is on the loose, taunting Neal and murdering those around him in gruesome fashion just like the character in his novel. As the mystery surrounding the killings spirals out of control, Neal investigates the crimes on his own, leading to a mind-bending, genre-twisting conclusion that will leave you breathless. In a 4K Ultra HD/Blu-ray Combo: Three-disc (2 UHD/1 BD) 6000-piece Limited Edition boxed set. One pressing only. Includes "Unsane," the re-edited 90-minute US version, specially recreated for this release from the new 4K restoration of the full-length 101-minute version, exclusive to UHD. From Synapse Films/MVD Entertainment Group ... While investigating a child abuse case, a clairvoyant social worker discovers that the family is being tormented by a supernatural entity in "They Live in the Grey" (2022), starring Michelle Krusiec, Ken Kirby and Madelyn Grace. In order to save the parents from losing the custody of their child, she must confront her own fears and use her ability to stop the malevolent force. From RLJE Films ... Looking for a change one weekend, ER doctor Alice and her husband, Tom, rent a glamorous mid-century modern home designed by architect Frederick Banner in "Mid-Century" (2022), starring Shane West, Sara Hay, Stephen Lang and Bruce Dern. As they investigate the home, they learn that Banner and his two wives died mysteriously - yet their spirits are very much alive. As they meet Bannerâs deranged son, they realize they must escape the home or succumb to its madness. On DVD, Blu-ray, from Lionsgate. Read more here ... Bloody Muscle Body Builder in Hell" (1995 - Japan), alternately known as "The Japanese Evil Dead," will enjoy its first ever North American release in any format and features new bonus content. Trapped inside a haunted house, a body builder 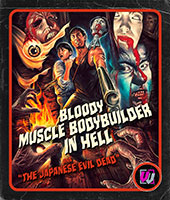 must survive a blood soaked night of insanity to save himself and his friends from a demonic ghost that is hell-bent on revenge. On Blu-ray, loaded with extras, including a folded mini-poster, four page liner notes by Matt Desiderio of Horror Boobs, "Stick your own" video store sticker sheet, vintage style laminated video store rental card and reversible sleeve featuring original Japanese home video art. From Visual Vengeance/MVD Entertainment ... "The Duke" (2020), starring Jim Broadbent, Helen Mirren, Fionn Whitehead, Anna Maxwell Martin and Matthew Goode, is set in 1961 when Kempton Bunton (Broadbent), a 60-year-old taxi driver, stole Goyaâs portrait of the Duke of Wellington from the National Gallery in London. It was the first (and remains the only) theft in the Galleryâs history. Kempton sent ransom notes saying that he would return the painting on condition that the government agreed to provide television for free to the elderly. What happened next became the stuff of legend. Only 50 years later did the full story emerge - a startling revelation of how a good man set out to change the world and, in so doing, saved his son (Whitehead) and his marriage to Dorothy Bunton (Mirren). On DVD, Blu-ray, from Sony. Read more here.

"One Moment" (2021), starring Danny Aiello, Adria Tennor, Frankie Ingrassia, Natalie Seus, Sal Rendino and Sioux Madden, is a humorous, heart-warming story of middle-age siblings struggling to manage their lives and careers while also caring for their recently widowed aging father, Joe (Aiello). Joe, demanding and difficult, stubbornly believes he is still capable of running his own life which leads to sad, but sometimes hilarious situations. Although at odds on how to best care for Joe in his final years, the family is united in wanting to ensure his well-being and help him find peace of mind -- without them losing their own. On Indiecan Pictures. Read more here.

Based on the novel by Jorge Amado, the Brazilian comedy "Dona Flor and Her Two Husbands" (1976 - Brazil), 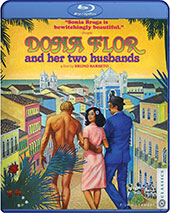 starring Sonia Braga, Jose Wilker and Mauro MendonÃ§a, follows the strange events that befall DoÃ±a Flor (Braga) after she is left a widow by the death of her wild, irresponsible husband. (He died after another wanton night of carousing). Attempting to marry more wisely the second time around, DoÃ±a Flor weds a stable, but boring, pharmacist who has no interest in sex. When she discovers that her new sex life is less than satisfying, DoÃ±a Flor is visited by the sexy ghost of her late husband. When initially released, Dona Flor became the most successful film in Brazilian history. Newly restored in 4K. On DVD, Blu-ray, from Film Movement.

"That Dirty Black Bag" (2022) is a two-disc set with all eight episodes. In a town full of bounty hunters, bandits and bloody vendettas, Arthur McCoy is the incorruptible sheriff whoâs trying to overcome his troubled past to bring law and order to this new frontier. On the other side of things is Red Bill, an infamous solitary bounty hunter known for decapitating his victims and stuffing their heads into a dirty black bag. When the paths of these two men collide, they both learn that in the wild west, there are no heroes, nobody is invincible, and the predators may become the prey. On DVD, Blu-ray, from AMC.