FROM THE BIG SCREEN:
"Dune" (2021) The story of Paul Atreides (TimothÃ©e Chalamet), a brilliant and gifted young man born into a great destiny beyond his understanding, who must travel to the most dangerous planet in the universe to ensure the future of his family and his people. As malevolent forces explode into conflict over the planetâs exclusive supply of the most precious resource in existence - Spice, a commodity capable of unlocking humanityâs greatest potential - only those who can conquer their fear will survive. Based on the series by Frank Herbert. Vitals: Director: Denis Villeneuve. 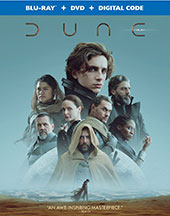 "Halloween Kills" (2021) And the Halloween night when Michael Myers returned isn't over yet. Minutes after Laurie Strode (Jamie Lee Curtis), her daughter Karen (Judy Greer) and granddaughter Allyson (Andi Matichak) left masked monster Michael Myers caged and burning in Laurie's basement, Laurie is rushed to the hospital with life-threatening injuries, believing she finally killed her lifelong tormentor. But when Michael manages to free himself from Laurie's trap, his ritual bloodbath resumes. As Laurie fights her pain and prepares to defend herself against him, she inspires all of Haddonfield to rise up against their unstoppable monster. 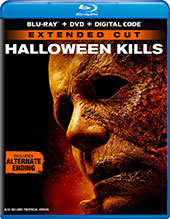 The Danish Dogme 95 movement that struck world cinema like a thunderbolt began with "The Celebration" (1998), the international breakthrough by Thomas Vinterberg, a lacerating chamber drama that uses the economic and aesthetic freedoms of digital video to achieve annihilating emotional intensity. On a wealthy manâs 60th birthday, a sprawling group of 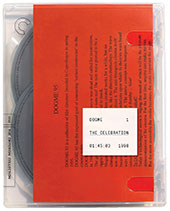 family and friends convenes at his country estate for a celebration that soon spirals into bedlam, as bombshell revelations threaten to tear away the veneer of bourgeois respectability and expose the traumas roiling beneath. The dynamic handheld camera work, grainy natural lighting, cacophonous diegetic sound, and raw performance style that would become Dogme hallmarks enhance the shattering visceral impact of this caustic indictment of patriarchal failings, which swings between blackest comedy and bleakest tragedy as it turns the sick soul of a family inside out. In a 2K digital restoration, approved by director Thomas Vinterberg, with uncompressed monaural soundtrack. On Blu-ray from The Criterion Collection.

In "Mass" (2021), starring Martha Plimpton, Jason Isaacs, Reed Birney and Ann Dowd. years after an unspeakable tragedy tore their lives apart, two sets of parents (Isaacs and Plimpton, Birney and Dowd) agree to talk privately in an attempt to move forward. In Fran Kranz' writing and directing debut, he thoughtfully examines their journey of grief, anger and acceptance by coming face-to-face with the ones who have been left behind. On DVD, Blu-ray, from Bleecker Street ... The marriage of Princess Diana and Prince Charles has long since grown cold in "Spencer" (2021), starring Kristen Stewart, Timothy Spall, Jack Nielen, Freddie Spry, Jack Farthing and Sean Harris. Though rumors of affairs and a divorce abound, peace is ordained for the Christmas festivities at the Queen's Sandringham Estate. There's eating and drinking, shooting and hunting. Diana knows the game. But this year, things will be profoundly different. This is an imagining of what might have happened during those few fateful days. On DVD, Blu-ray, from Neon.

European History is a big part of international arthouse cinema. Corinth Films' collection of five important historical drama films, "The Corinth Films Historical Drama Collection", tells of events based on true stories from Germany, Poland, Russia/Siberia, Latvia, France and the Sudetenland. "Within the Whirlwind" (2009 - Germany/Poland/Belgium) is the story of Eugenia Ginzburg, a Russian literature professor who 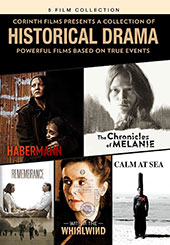 survived 10 years in a gulag after being swept up in Stalin's purges and lived to tell about it. "Calm At Sea" (2011 - France), from acclaimed director Volker Schlondorff, immortalizes the young French militant Guy Moquet, who defied the Nazis in occupied France. "The Chronicles of Melanie" (2016 - Latvia) tells the story of Melanija Vanaga's sudden separation from her husband and exile to Siberia for 16 years at the hands of Communist revolutionary forces. Based on the book "Suddenly a Criminal: 16 Years In Siberia." "Remembrance" (2010 - Germany/Poland) is a love story that starts in a concentration camp and perseveres into a bitter-sweet reunion in the 1970's. "Habermann" (2010 - Germany/Czech Republic) tells the tale of August Habermann, a business owner in the German Sudetenland who tries to protect his workers from the invading Nazis and is ultimately set up and betrayed. These stimulating films will help to broaden one's understanding of European history and feed a deeper appreciation of world culture.

"Cobra Kai Season 3" (2021) is a two-disc set with all 10 episodes of the series that takes place over 30 years after the events of the 1984 All Valley Karate Tournament -- with the continuation of the inescapable conflict between Daniel LaRusso (Ralph Macchio) and Johnny Lawrence (William Zabka). Season Three finds everyone reeling in the aftermath of the violent high school brawl between their dojos, which has left Miguel in a precarious condition. While Daniel searches for answers in his past and Johnny seeks redemption, Kreese further manipulates his vulnerable students with his own vision of dominance. From Sony.