THIS WEEK'S BEST BETS:
"The Soul of the Midnight Special" (2021) is a 10-disc set with 130 live uncut performances from Burt Sugarman's 90-minute program "The Midnight Special," which began on NBC February 2, 1973 and ran until May 1, 1981 and followed the Friday night edition of "The Tonight Show Starring Johnny Carson." Artists include Earth, Wind & Fire, Aretha Franklin, Marvin Gaye, Gladys Knight and The Pips, Al Green, Chaka Khan, Patti LaBelle, The O'Jays, Teddy Pendergrass, Spinners, The Stylistics, Bill Withers, and many more. 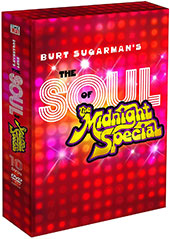 Includes a bonus DVD: "The Midnight Special Presents Marvin Gaye In Concert From The Atlantic Stadium," a rare, historic live concert performance filmed exclusively for "The Midnight Special" in 1974. From Time Life. Read more here ... Italian exploitation icon Joe D'Amato's outrageous and rarely seen "mondo" movie meltdown "Crazy Nights (aka Follie di notte)" (1978 -- Italy) is one of the strangest snapshots of the disco era you'll ever see. The legendary and controversial performer Amanda Lear appears here as herself, singing her signature dance floor hit "Follow Me" while D'Amato's camera uses her as an entry point into the glamorous, eccentric, often depraved annals of Rome's after hours nightclub scene. But that's only scratching the surface. The film 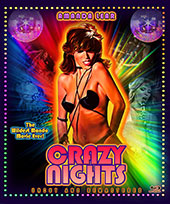 then meanders - in true "mondo" fashion - all over the world, filling the screen with strippers, sex and ritualistic absurdity, all set to the beat of Lear's sultry cabaret pop sound. Lear - who famously dated David Bowie, was the cover girl for many Roxy Music records and long served as Salvador Dali's lover and muse - was at the peak of her popularity when she signed on to the film. Originally pitched as a musical centered around her fame called "Follow Me", Lear believed the movie to be incomplete until - to her shock - it turned up in Italian theaters under the name "Follie di notte." Horrified to discover that she had been tricked into starring in a full-blown exploitation film, Lear sued the producers, one of many reasons the film has lapsed into virtual obscurity. This delirious and decidedly adult pseudo-documentary is presented in its fully uncut edit, remastered from the original negative. On DVD, Blu-ray, from Full Moon Features.

Three years after director Zack Snyder had to step away from 2017âs âJustice Leagueâ in post-production, the studio heeded the online clamor from cast, crew, and fans for a version truer to his vision ... and Snyder returned to helm a $70 million restoration project, "Zack Snyderâs Justice League" (2021), offering extensive, newly-shot additional material along with 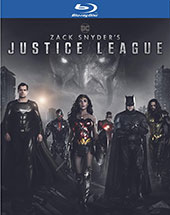 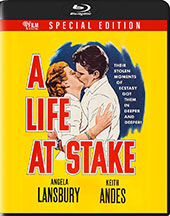 "A Life at Stake Special Edition" (1955) stars Angela Lansbury, Keith Andes, Douglass Dumbrille, Claudia Barrett and Jane Darwell in a lost independent production from the waning golden years of film noir. Spoiled, young Doris Hillman (Lansbury) invites struggling architect Edward Shaw (Andes) to be her husband's partner in a lucrative real estate deal. However, when Edward becomes romantically involved with Doris, he learns that something deadly is going on. There's a life at stake â¦ and it could be his own. 4K transfer from archival film elements. On DVD, Blu-ray, from The Film Detective/Cinedigm. Read more here ... In "Escape from Area 51" (2020), starring Donna D'Errico, Chris Browning and Anouk Samuel, when a group of teenage conspiracy theorists try to raid the infamous military base, Area 51, in the Nevada desert, no one gets in - but someone gets out. Sheera (D'Errico), a sexy alien warrior, uses a power glitch to escape from captivity at Area 51. Her escape using a portal gun sets off an energy signature which attracts the attention of her arch-rival in space, Sklarr (Browning). Sheera must now elude an Area 51 scientist, as well as Sklarr, to rescue her fellow warrior and find her way back to her planet. On DVD, Blu-ray, from Cleopatra Entertainment ... 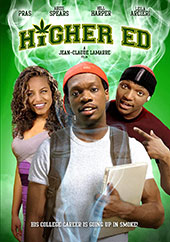 In "Higher Ed" (2001), Ed Green (Pras), at the ripe age of 19, is a dismal failure. He has resigned himself to smoking and selling Marijuana for the psychotic local drug dealer Sadico, until Sadico's sister pins her pregnancy on Ed and Sadico vows to kill him. Hearing of this, Ed decides to skip town, unsure of where to go and hide. As a last act of desperation, Ed decides to enroll at a local University and hide out by taking classes and living on campus. Unfortunately, Ed is assigned dorm room 420, with roommate "Bud" Carter (Aries Spears). Bud quickly becomes a negative influence on Ed, who falls back into his old ways. But the Mexican Gang has picked up on Ed's trail, sending goons to register as students on the same campus to find him. From Lightyear Entertainment ... In "The Gateway" (2021), starring Shea Whigham, Olivia Munn, Frank Grillo, Bruce Dern, Taryn Manning, Mark Boone Junior and Keith David, Parker, a down-on-his-luck social worker, finds himself in over his head when he tries to protect his client from her recently paroled husband. Can Parker save the family from the violent threat of the maniacal drug dealer and his crew, desperate to reclaim their priceless stash at any cost? On DVD, Blu-ray, from Lionsgate ... 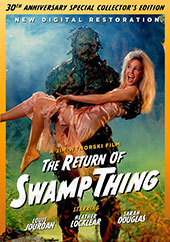 In "The Return of Swamp Thing" (1989), everyone's favorite muck-encrusted plant-man falls in love with Dr. Arcane's sexy daughter and must rescue her from her father's nefarious and murderous plans. Heather Locklear stars as the vegetarian plant-lover in this superhero comic book adaptation. Also starring Louis Jourdan, Dick Durock, and Sarah Douglas. With elaborate mutant creatures designed by the legendary Carl Fullerton. With new 2K high-definition transfer and original 2.0 and 5.1 stereo audio. From Lightyear Entertainment ... In "Great White" (2021), starring Katrina Bowden, Aaron Jakubenko, Kimie Tsukakoshi, Tim Kano and Te Kohe Tuhaka, a blissful tourist trip turns into a nightmare for five passengers when their seaplane goes down near a shipwreck. Stranded miles from shore in an inflatable life raft, they find themselves in a desperate fight for survival as they try to make it to land before they either run out of supplies or are taken by a menacing pack of sharks lurking just beneath the surface. On DVD, Blu-ray, from RLJE Films.

In "PBS Kids: 15 Girl Power Adventures" (2021), viewers join the girls of PBS Kids for 15 stories all about confidence, courage and why it's cool to be unique. In "Xavier Riddle and the Secret Museum," the kids travel back in time and learn all about voting from Susan B. Anthony. From PBS Distribution

"Elstree 1976" (2015) is a fascinating documentary that goes behind the scenes of one of the most iconic film series of all time: "Star Wars." The actors and extras who played aliens, stormtroopers, rebels and even Darth Vader in George Lucas's 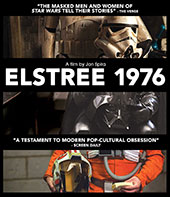 "Star Wars Episode IV: A New Hope" reminisce about their time on set and how making the Sci-Fi classic affected their lives and careers, for better or for worse. On Blu-ray from Filmrise ... In the documentary "Harry & Snowman" (2015), Dutch immigrant Harry DeLeyer journeys to the United States after World War II and develops a transformative relationship with a broken down Amish plow horse he rescued off a slaughter truck that was bound for the glue factory. Harry paid eighty dollars for the horse and named him Snowman. In less than two years, Harry & Snowman went on to win the triple crown of show jumping, beating the nation's top pedigree horses and wealthiest socialites. They became famous and traveled around the world together. Their chance meeting at a Pennsylvania horse auction saved them both and crafted a friendship that lasted a lifetime. Eighty-six year old Harry tells their Cinderella love story firsthand, as he continues to train on today's show jumping circuit. On Blu-ray from Filmrise.

"Dangerous Assignment: The Complete Series" (1952) is a three-disc set with all 39 episodes. U.S. Government Agent Steve Mitchell travels the globe investigating cases of espionage, sabotage and threats to National Security. Starring Brian Donlevy as the character he originated on NBC Radio and Herb Butterfield as "The Commissioner," this set includes all 39 episodes of the action-packed TV series from the 1950s. From MPI Media Group ... "Frankie Drake Mysteries: The Complete Fourth Season" (2021) is a three-disc set with all 10 episodes. Season Four opens with intrepid detectives Frankie Drake (Lauren Lee Smith) and Trudy Clarke (Chantel Riley) and their best gal pals, Mary Shaw (Rebecca Liddiard) and Flo Chakowitz (Sharron Matthews), traipsing through the woods on a scavenger hunt that quickly turns deadly. On DVD, Blu-ray, from PBS Distribution ... "Seal Team: Season Four" (2020-21) is a five-disc set with all 16 episodes of the military drama that follows the professional and personal lives of the most elite unit of Navy SEALs as they train, plan and execute the most dangerous, high-stakes missions our country can ask of them. From CBS/Paramount ... "Young Sheldon: The Complete Fourth Season" (2020-21) is a two-disc set with all 18 episodes. The adventure continues with Sheldon Cooper (from "The Big Bang Theory") as the young genius grows up. For young Sheldon Cooper, being a once-in-a-generation mind capable of advanced mathematics and science isn't always helpful in East Texas. And while the vulnerable, gifted and somewhat naÃ¯ve Sheldon deals with the world, his very normal family must find a way to deal with him. Now as Sheldon graduates high school and embarks on his college career, a whole new chapter begins. From Warner.