FROM THE BIG SCREEN
"The Courier" (2020) This true-life spy thriller is the story of an unassuming British businessman Greville Wynne (Benedict Cumberbatch) who is recruited into one of the greatest international conflicts in history. At the behest of the UK's MI-6 and a CIA operative (Rachel Brosnahan), he forms a covert, dangerous partnership with Soviet officer Oleg Penkovsky (Merab Ninidze) in an effort to provide crucial intelligence 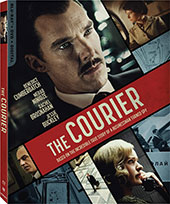 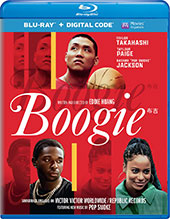 "Spare Parts" (2020), starring Julian Richings, Michelle Argyris, Emily Alatalo, Kiriana Stanton and Chelsea Muirhead, is set in a godforsaken bar in the middle of nowhere where an all-girl band -- Ms. 45 -- rips the stage apart with their punk spirit. But their performance impresses an enthusiastic fan who lures the girls into a trap, sedates them, and starts ... customizing them. Slowly they begin to gain consciousness and, in total shock, realize their arms have all been replaced with axes and chainsaws to fight gladiator-style in a junkyard arena owned by a sadistic âemperor," forcing them into the battle of their lives with one prize in mind -- their freedom. On DVD, Blu-ray, from RLJE Films ... In "The Vault" (2021), starring Freddie Highmore, Astrid Bergees-Frisbey, Sam Riley, Liam Cunningham, and Famke Janssen, an engineer (Highmore) learns of a mysterious, impenetrable fortress hidden under The Bank of Spain and joins a crew of master thieves who plan to steal the legendary lost treasure locked inside while the whole country is distracted by Spainâs World Cup Final. With thousands of soccer fans cheering in the streets, and security forces closing in, the crew have just minutes to pull off the score of a lifetime. From Paramount ... 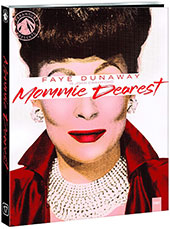 Based on Christina Crawfordâs controversial best-selling tell-all novel, "Mommie Dearest" (1981) features a powerhouse performance by Faye Dunaway as Joan Crawford, struggling for her career while battling the inner demons of her private life. While the public Crawford was a strong-willed, glamorous object of admiration, behind the scenes is a private Crawford -- the woman desperate to be a single mother and trying to survive in a devastating industry that swallows careers thoughtlessly. Newly restored from a 4K film transfer, "Mommie Dearest" is presented in a limited-edition Blu-ray Disc with collectible packaging featuring a foldout image of the filmâs theatrical poster and an interior spread with key movie moments and access to a Digital copy of the film. From Paramount Presents ... "Endangered Species" (2021), starring Rebecca Romijn, Philip Winchester and Isabel Bassett, is an action packed survival-adventure about a wealthy American family who travel to the vast African wilderness of Kenya hoping for a dream vacation filled with excitement, bonding and a chance to fix the growing rifts within their family. But when their safari vehicle is attacked by a rhino protecting her calf, the family is left stranded miles from help and their dream vacation turns into a nightmarish struggle for survival in a world where they are the bottom of the food chain. On DVD, Blu-ray, from Lionsgate ... In "Embattled" (2020), starring Stephen Dorff, Darren Mann, Karrueche Tran, Colin McKenna and Elizabeth Reaser, a son aspires to follow in his famous MMA father's footsteps, but along his journey must figure out how to break the abusive cycle, if possible, that his father has continued.On DVD, Blu-ray, from Universal ... In "Trigger Point" (2021), starring Barry Pepper, Colm Feore, Laura Vandervoort and Eve Harlow, Nicolas Shaw, a disgraced former U.S. secret agent who suffered memory loss at the hand of captors, is dragged back into the darkest shadows of the spy world when he is enlisted by his former partner to help find a missing colleague. Nicolas' skills are put to the ultimate test as the two men try to unravel the mystery behind her disappearance before it's too late. But to uncover the truth, Nicolas will need to remember the past. On DVD, Blu-ray, from Screen Media Films.

In "Shoplifters of the World" (2021), starring Elena Kampouris, Nick Krause and James Bloor, four friends, in the Summer of 1987, reeling from the sudden break-up of the iconic British band The Smiths, embark on a night out of partying to mourn their musical loss. At the same time, an impassioned Smiths fan takes a local radio DJ hostage at gunpoint and forces him to play nothing but Smiths tracks. With the radio station playing as the soundtrack to their night, the friends go on a wild journey of self-discovery that will transform them forever. From RLJE Films.

"A Glitch in the Matrix" (2021) is focused on Simulation Theory -- the belief that all of reality, including the Earth and universe, could in fact be an artificial simulation or computer simulation -- director Rodney Ascher ("Room 237," "The Nightmare") uses a noted speech from Philip K. Dick to dive down the rabbit hole of science, philosophy and conspiracy theory. 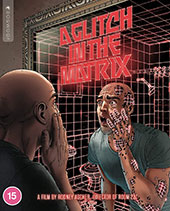 The film also uses contemporary cultural touchstones like "The Matrix," interviews with real people shrouded in digital avatars and a wide array of voices, expert and amateur alike. If simulation theory is not science fiction but fact, and life is a video game being played by some unknowable entity, then who are we, really? On DVD, Blu-ray, from Magnolia Home Entertainment ... "Stray" (2021 -- Turkey) is a documentary that explores what it means to live as a being without status or security by following three stray dogs as they embark on inconspicuous journeys through Turkish society. Zeytin, fiercely independent, embarks on adventures through the city at night; Nazar, nurturing and protective, easily befriends the humans around her; while Kartal, a shy puppy living on the outskirts of a construction site, finds companions in the security guards who care for her. The straysâ disparate lives intersect when they each form intimate bonds with a group of young Syrians with whom they share the streets. Director Elizabeth Loâs award-winning film is a sensory voyage into new ways of seeing and a critical observation of human civilization through the unfamiliar gaze of dogs. From Magnolia Home Entertainment.

"Genndy Tartakovsky's Primal: The Complete First Season" (2019-20) is a two-disc DVD and single-disc Blu-ray with all 10 episodes. Eat, or be eaten! Kill, or be killed! Get into survival mode with Adult Swimâs #1 prehistoric animated series. The wordless show features a caveman at the dawn of evolution and a dinosaur on the brink of extinction. Bonded by tragedy, this unlikely friendship becomes the only hope of survival in a violent, primordial world. On DVD, Blu-ray with digital code, from Warner.