FROM THE BIG SCREEN
Judas and the Black Messiah (2021) Fred Hampton was 21 years old when he was assassinated by the FBI, who coerced a petty criminal named William O'Neal to help them silence him and the Black Panther Party. But they could not kill Fred Hampton's legacy and, 50 years later, his words still echo ... louder than ever. Hampton, a young, charismatic activist, became Chairman of the Illinois chapter of the Black Panther Party - putting him directly in the crosshairs of the government, the FBI, and the Chicago Police. But to destroy the revolution, the authorities needed a man on the inside. 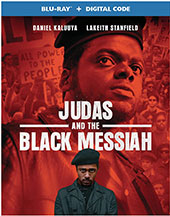 (2021) Kern County Deputy Sheriff Joe "Deke" Deacon (Denzel Washington) is sent to Los Angeles for what should have been a quick evidence-gathering assignment. Instead, he becomes embroiled in the search for a killer who is terrorizing the city. Leading the hunt, LA Sheriff Department Sergeant Jim Baxter (Rami Malek), impressed with Deke's cop instincts, unofficially engages his help. But as they track the killer, Baxter is unaware that the investigation is dredging up echoes of Deke's past, uncovering disturbing secrets that could threaten more than his case. 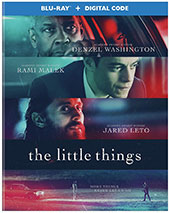 In "The Virtuoso" (2021), starring Anson Mount, Abbie Cornish, Anthony Hopkins, Eddie Marsan, Richard Brake and David Morse, danger, deception, and murder descend upon a sleepy country town when a professional assassin (Mount) accepts a new assignment from his enigmatic mentor and boss (Hopkins). Given only "where" and "when" along with a cryptic clue, the methodical hit man must identify his mysterious mark from among several possible targets, including a local sheriff (Morse). Meanwhile, a chance encounter with an alluring woman (Cornish) at the town's rustic diner threatens to derail his mission. On DVD, Blu-ray, from Lionsgate ... Not Everyone Hates Ghosts. An ingeniously unique and unpredictable combo of horror, humor and heart, "A Ghost Waits" (2020) "A Ghost Waits" is a DIY labor of love years in the making from first-time writer-director Adam Stovall and producer-star MacLeod Andrews. Tasked with 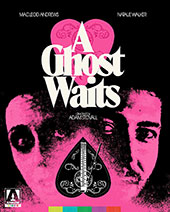 renovating a neglected rental home, handyman Jack (Andrews) quickly finds out why the tenants keep leaving in droves -- this house is haunted. The ghost in question is Muriel (Natalie Walker), herself employed from beyond the veil to keep the home vacant. Against the odds, Jack and Muriel find they have a lot in common ... pulse notwithstanding. Having found a kindred spirit in an otherwise lonely existence, they must fight for their newfound affection as pressure mounts for them each to fulfill their "cross-purposes." From its opening spectral assault to its achingly poignant conclusion -- as well as a witty depiction of afterlife bureaucracy in the vein of "Beetlejuice" and "A Matter of Life and Death" - "A Ghost Waits" has shocked and surprised audiences around the world, and now makes its home video debut. On Blu-ray from Arrow Video/MVD Entertainment.

"Another Gay Movie" (2006), starring Michael Carbonaro, Jonah Blechman, Graham Norton, Richard Hatch, Lypsinka, Ashley Atkinson, Ant and Scott Thompson, arrives in a 15-year anniversary directorâs cut. The film revolves around four gay teenagers: curious Andy, flamboyant Nico, jock Jarod, and geeky Griff. These four boys want to have sex, but can't find anyone to do it with. It's their graduation day and their lesbian friend Muffler's having her graduation party. The next morning, the boys make the pact to have sex before the end of the summer. From Breaking Glass Pictures. Read more here ... In "Sometime Other Than Now" (2021), starring Donal Logue, Kate Walsh andTrieste Kelly Dunn, Sam, who after his motorcycle is damaged in an apparent crash into the ocean becomes stranded in a small New England town, finds refuge at a run-down motel looked after by Kate, a similarly burnt-out, lost soul. The mystery around Sam's presence in town unravels when it's discovered that his estranged daughter Audrey lives there -- the daughter he hasn't seen her in 25 years. As he tries to bridge the gap between the little girl he left long ago and the woman who grew up without her father, Sam learns he was never cut-out to be emotionally connected to anyone -- unless he falls in love with another soul just as lonesome. On DVD, Blu-ray, from Gravitas Ventures).

The groundbreaking Moroccan band Nass El Ghiwane is the dynamic subject of "Trances" (1981 -- Morocco/France), a captivating, one-of-a-kind documentary by Ahmed El Maanouni, who filmed the four musicians during a series of electrifying live performances in Tunisia, Morocco, and 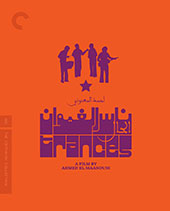 France; on the streets of Casablanca; and in intimate conversations. Storytellers through song and traditional instruments, and with connections to political theater, the band became a local phenomenon and an international sensation, thanks to its rebellious lyrics and sublime, fully acoustic sound, which draws on Berber rhythms, Malhun sung poetry, and Gnawa dances. Both a concert movie and a free-form audiovisual experiment, bolstered by images of the bandâs rapt audience. On DVD, Blu-ray, with 2K digital restoration courtesy of The Film Foundationâs World Cinema Project in collaboration with the Cineteca di Bologna, with uncompressed monaural soundtrack on the Blu-ray. From The Criterion Collection ... "Hemingway: A Film by Ken Burns and Lynn Novick" (2021) is a three-disc set with three episodes of the PBS series that explores the painstaking process through which Hemingway created some of the most important works of fiction in American letters. Examines the visionary work and turbulent life of one of the greatest and most influential American writers. Intimate and insightful, the series weaves together Hemingway's biography with excerpts from his work. The film penetrates the myth of Hemingway to reveal a deeply troubled and ultimately tragic figure. On DVD, Blu-ray, from PBS Distribution.