THIS WEEK'S BEST BETS
An elegy of exile and an epic immersion into the world of rural Italy during the Mussolini years, Francesco Rosiâs sublime adaptation of the memoirs of the painter, physician, and political activist Carlo Levi, "Christ Stopped at Eboli" (1979) brings a monument of 20th-century autobiography to the screen with quiet grace and solemn beauty. Banished to a desolate southern town for his anti-Fascist views, the worldly Levi (Gian Maria VolontÃ¨) discovers an Italy he never knew existed, 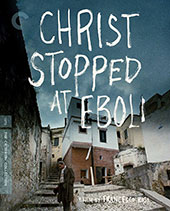 a place where ancient folkways and superstitions still hold sway and that gradually transforms his understanding of both himself and his country. Presented for the first time on home video in its original full-length, four-part cut, "Christ Stopped at Eboli

" ruminates profoundly on the political and philosophical rifts within Italian society â between north and south, tradition and modernity, fascism and freedom -- and the essential humanity that transcends all. On DVD, Blu-ray, with new 2K digital restoration, with uncompressed monaural soundtrack on the Blu-ray. From The Criterion Collection.

" (2020 -- Canada), starring Josh Hartnett, Amanda Crew, Jim Gaffigan, Stephen McHattie, J.C. MacKenzie and Antoine Olivier Pilon is inspired by a gripping true story. An investigative reporter (Hartnett) fights to expose the twisted truth behind a heroin bust orchestrated by dirty cops to frame an innocent man -- sentencing him to life in a Thai prison. On Blu-ray from Paramount ... "The Secret: Dare to Dream

" (2020), starring Katie Holmes, Josh Lucas, Celia Weston and Jerry OâConnell, is based on the groundbreaking best-selling book by Rhonda Byrne. The film follows Miranda (Holmes), a young widow trying to 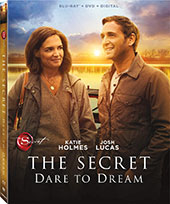 make ends meet while raising her three children and dating her boyfriend (OâConnell). A devastating storm brings an enormous challenge and a mysterious man, Bray (Lucas), into Mirandaâs life. Bray reignites the familyâs spirit but, unbeknownst to Miranda, also holds an important secret -- one that will change everything. On DVD, Blu-ray/DVD Combo, from Lionsgate ... In "Beckman

" (2019), starring David A.R. White, Jeff Fahey, Burt Young, Kira Reed Lorsch and William Baldwin, Aaron Beckman (White) is finished -- done with a life lived in the shadows as a cruel gun for hire. Now, his soul cries out for healing, peace, forgiveness, and grace. In desperation, he appeals to the church and is welcomed by an ailing pastor (Fahey). However, his journey towards salvation is cut short when his adopted daughter is kidnapped by a deranged cult leader named Reese (Baldwin). Blinded by rage, Beckman sets off on a dangerous rescue mission and is forced to revert back to his old violent ways. From Universal ... In "Let It Snow

" (2020 -- Ukraine), starring Ivanna Sakhno, Alex Hafner and Tinatin Dalakishvili, Mia and Max visit a remote European resort for a free-ride snowboarding vacation but ignore the receptionistâs disturbing tales of unexplained deaths on the nearby trails. When they sneak onto a forbidden slope, Max goes missing, and Mia finds herself attacked by a masked snowmobile rider. Now she must brave the riderâs vicious attacks â as well as a massive avalancheâ if she hopes to survive. From Lionsgate.

In "The Dancing Dogs of Dombrova 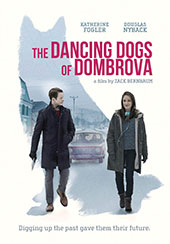 Dombrova, Poland, on a cold winter night. With their only available ride being a silent cab driver, they embark on a quest to fulfill their dying grandmotherâs wish -- find, dig up, and bring home the bones of her favorite childhood dog, Peter. From Film Movement ... Set against the backdrop of 1960's Brooklyn, "Extra Innings" (2020) tells the story of a young man who is caught between pursuing his dream of playing baseball and staying devoted to his Syrian Jewish family that is afflicted with mental illness. Based on the life story of writer and director Albert Dabah. Stars Aidan Pierce Brennan, Alex Walton, Geraldine Singer, Simone Policano, Natasha Coppola-Shalom and Mara Kassin. From Breaking Glass Pictures.

" (2017 -- Portugal), five friends discover that love is a many-sided thing in a bittersweet romantic drama set over one New Year's Eve in Lisbon. A loose adaptation of Pierre Corneille's 17th-century play "La Place Royale," the film tells the story 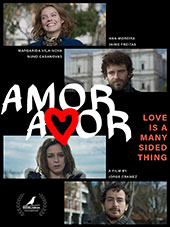 " (2019 -- France), starring Chiara Mastroianni, Benjamin Biolay and Vincent Lacoste, Maria, a woman dissatisfied with her marriage, has a heated argument with her husband of 20 years and spends the night in room 212 of the hotel across the street from their home. There, she has a bird's eye view of her apartment, her husband, and her marriage. In this comic romp, she confronts her past lovers and relationships, fantasizing about the lives she could've lived and wondering if she's made the right decisions. From Strand Releasing.

"Daniel Tigerâs Neighborhood: Explore the Outdoors" (2020) is a six-episode compilation featuring adventures and lessons as Daniel Tiger, with his friends and family, explore the great outdoors. In these episodes, Daniel learns about lizards after spotting one in his backyard, plays in the park with Prince Wednesday, goes on a nature walk, and much more. 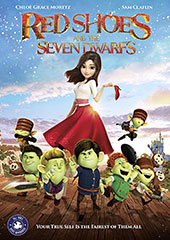 Throughout the stories, young viewers learn about the best ways to play with friends, how to be understanding and compassionate, the importance of selfless acts, dealing with conflicting emotions, and more. From PBS Distribution ... The outrageous animated fairy tale spoof "Red Shoes and the Seven Dwarfs

" (2020) starts as Snow White steals a pair of red shoes that transform her into a princess. Meanwhile, a witchâs curse turns seven brave princes into dwarfs, forcing them to seek out the princess, hoping for a kiss to break their spell. Together, they must face Snow Whiteâs wicked stepmother â who will stop at nothing to get her precious shoes back â and, along the way, learn that true beauty lies within. Voices of ChloÃ« Grace Moretz, Sam Claflin, Gina Gershon, Patrick Warburton and Jim Rash. On DVD, Blu-ray, from Lionsgate.

One of the greatest ballet dancers of his generation, Rudolph Nureyev is at the height of his 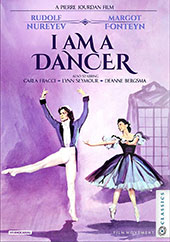 powers in the intimate 1972 documentary portrait "I Am a Dancer

" (1972), which offers an unprecedented look at the training and dedication behind his electrifying art. Providing a unique glimpse into Nureyev's personality, preparation and technique,the film includes excerpts from his performances in the classical ballets "La Sylphide" with Carla Fracci, and "The Sleeping Beauty" with Lynn Seymour; in addition to sequences from the modern ballet "Field Figures" with Deanne Bergsma, and Frederick Ashton's "Marguerite and Armand" with his long-time partner Margot Fonteyn. Restored in HD. On DVD, Blu-ray, from Film Movement.

"DCâs Legends of Tomorrow: The Complete Fifth Season " (2020) is a three-disc set with all 15 episodes of the series that follows a group of misfit heroes as they fight, talk, and sing their way through protecting the timeline from aberrations, anomalies, and anything else that threatens to mess with history. After saving the world via the power of song and themed entertainment in last seasonâs finale, the Legends are major celebrities. Some struggle with the transition from lovable losers to A-list stars, while others start letting fame go to their heads. When a documentary crew decides to film the Legends in action, distracting them from their original mission, Astra Logue frees historyâs most notorious villains from Hell in a bid for power. Itâs up to the Legends to forgo fame and stop these reanimated souls (who they quickly dub âEncoresâ) from wreaking havoc on the timeline, whether itâs Rasputin popping out of his coffin and trying to become an immortal tsar or Marie Antoinette (and her head) turning the French Revolution into a deadly, non-stop party. On DVD, Blu-ray, from Warner ... 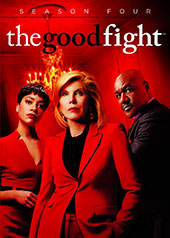 "The Good Fight: Season Four" (2020) is a two-disc set with all seven episodes. This season finds Reddick, Boseman & Lockhart navigating a very different landscape. After they lost their biggest client, Chumhum, and their founding partner's name was tarnished, Reddick, Boseman & Lockhart was forced to accept an offer by a huge multi-national law firm, STR Laurie, to become a small subsidiary. Suddenly, all of their decisions can be second-guessed by the giant firm that is literally on top of them. While STR Laurie initially seem like benevolent overlords, Diane Lockhart (Christine Baranski) and her colleagues (Cush Jumbo, Delroy Lindo and Audra McDonald) are chafing at their loss of independence while simultaneously investigating the emergence of a mysterious Memo 618. From CBS/Paramount ... "Rick and Morty: Season 4" (2019-20) is a two-disc set with all 10 of Adult Swimâs hit series that follows the exploits of a super scientist and his not-so-bright grandson into multi-universes. On DVD, Blu-ray, from Warner ... "Riverdale: The Complete Fourth Season" (2019-20) is a four-disc set with all 19 episodes. The fourth season begins with a farewell to Fred Andrews (Luke Perry). As Independence Day approaches, Archie Andrews (KJ Apa) receives a phone call that will forever change his life. Through an emotional journey, with support from his girlfriend, Veronica Lodge (Camila Mendes), and best friends Betty Cooper (Lili Reinhart) and Jughead Jones (Cole Sprouse), Archie and the citizens of Riverdale grieve the loss of the townâs heart and soul. Our story continues with senior year at Riverdale High, which means varsity football games, cheerleading, back-to-school parties and college applications. But it also means bittersweet moments, like the first last day of high school. In the meantime, Archie honors his father and develops a deeper connection with his mother, Betty uncovers more about her mother and sister, Veronica goes unsupervised while her parents spend time in jail, and Jughead turns more to writing. From Warner ... 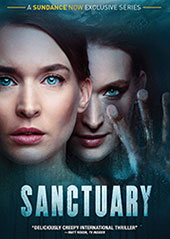 "Sanctuary" (2019) is a two-disc set with all eight episodes. Estranged Swedish identical twins Siri and Helena (Josefin Asplund) have always had a complex relationship. When Helena receives an invitation to visit Siri at an exclusive residential sanatorium in the breathtaking and picturesque Alps, she is reluctant but figures it will be a nice break from her monotonous life. Despite the peacefulness of the clinic, Helena refuses Siriâs plea for help in taking care of some business and swapping places for a few days but ends up waking up to find Siri gone. Soon she realizes that Siri isnât coming back, and that the clinic is far from a place of recovery; itâs a facility for studying psychopaths. Helena is now trapped in a waking nightmare in which no one is who they seem to be, and everyone believes that she is Siri. Surrounded by the most predatory and manipulative people imaginable, including the director of the Sanctuary, Dr. Marvin Fisher (Matthew Modine), escape is now only the second order of business: Helenaâs first problem is simple survival. From Sundance Now.