FROM THE BIG SCREEN:
"Hobbs & Shaw" is a stand-alone spin-off rom the "Fast and Furious" franchise, featuring hulking lawman Luke Hobbs (Dwayne Johnson) and lawless operative Deckard Shaw (Jason Statham) putting aside their past differences to work together to prevent a seemingly indestructible villain (Idris Elba) from destroying humanity. It's more fun than furious ... "Scary Stories to Tell in the Dark" probably looked good in a darkened pitch-room -- an anthology of stories based on Alvin Schwartzâs classic spooky tales that have scared kids for generations. It even comes with good credentials -- produced and co-written by Guillermo del Toro. But sometimes getting a story from page to screen is harder than you think, and here Scary Stories to Tell in the Dark

mostly fizzle ... Another fizzled transfer of a book to the screen is "The Art of Racing in the Rain

," based on the best-selling novel by Garth Stein. Here Enzo the dog helps his owners -- race car driver Denny Swift (Milo Ventimiglia), his wife Eve (Amanda Seyfried) and daughter Zoe (Ryan Kiera Armstrong) -- navigate life with a different perspective on friendship, family and unconditional love ... Not all comic books make it to the big screen unscathed. "The Kitchen

" is based on the Vertigo comic book series from DC Entertainment and stars Melissa McCarthy, Tiffany Haddish and Elisabeth Moss as three 1978 Hellâs Kitchen housewives whose mobster husbands are sent to prison by the FBI, and who take the Irish mafiaâs matters into their own hands. Unfortunately, there's not enough nourishment to be had here.

" (2019), starring Peter Passaro, Martin Kove, Deborah Twiss, Danny Trejo and Martin Kove, undercover police officer Joey Calderon is murdered. His loose cannon brother Steve returns home, desperate for answers and hungry for revenge. As he makes his way through the underground world of no-holds-barred bare-knuckle fighting run by the Mereta crime family, Steve learns there is only one rule to find his brotherâs killer and stay alive: there are no rules. From Breaking Glass Pictures ... In "Devil's Acid 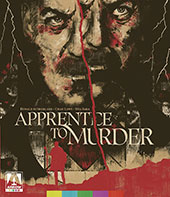 In "Apprentice to Murder

" (1988), set in early 20-century Pennsylvania Dutch Country, young Billy Kelly (Chad Lowe) falls in with a charismatic "powwower" or folk magic healer, Dr. John Reese (Donald Sutherland), shunned by the rest of the community for his non-conformist beliefs. Together, they investigate the mysterious sickness that is blighting the area, which Reese believes to be the work of a sinister local hermit. But as the plague spreads and the wide-eyed Billy falls ever deeper under Reese's spell, are they doing God's work or the Devil's bidding? A chilling and unforgettable tale of the macabre that blurs the lines between conventional notions of "good" and "evil." Also stars Mia Sara. Brand new 2K restoration of the film from the original 35mm interpositive. On Blu-ray from Arrow Video/MVD Entertainment ... In "Eminence Hill

" (2019), starring Lance Henriksen, Barry Corbin and Dominique Swain, a notorious outlaw and his gang come upon a small homestead, killing both husband and wife and kidnapping their teenage daughter. With the law closing in on them, and after losing their way, the bandits find themselves in the town of Eminence Hill, a community run by a group of deeply pious and fanatical homesteaders. From Uncork'd Entertainment ... "Marla

" (2018), starring Lisa van Dam-Bates, Travis Johnny Ware, Jason Stange and Katie Hemming, explores the terrifying account of a girl who goes to get an IUD implanted by a family friend turned doctor who then commits a deranged act. The event has deadly implications for those close to her. From High Octane Pictures ... 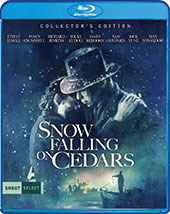 In "Snow Falling on Cedars

Collectorâs Edition" (1999), starring Ethan Hawke, James Cromwell, Richard Jenkins, Youki Kudoh, James Rebhorn, Sam Shepard, Rick Yune and Max von Sydow, a murder trial has upset the quiet community of San Piedro, and now this tranquil village has become the center of controversy. For Ishmael Chambers, a local reporter, the trial strikes a deep emotional chord when he finds his ex-lover is linked to the case. As he investigates the killing, he uncovers some startling clues that lead him to a shocking discovery. New 4K transfer and restoration supervised by cinematographer Robert Richardson. In a Blu-ray debut from Shout! Select ... "Holiday Hell

" (2019), starring Jeffrey Combs, Joel Murray, Jeff Bryan Davis, Lisa Coronad and Meagan Karimi-Naser, is a horror anthology set on Christmas Eve. A woman enters a curiosity shop looking for a last-minute gift. There, she meets a mysterious shopkeeper who tells her the horrific stories behind four objects in the shop. As he weaves tales of killer dolls, witches and psycho Santas, the woman senses she might be in danger. She has until midnight to choose her gift, but will she choose wisely? From Uncorkâd Entertainment. 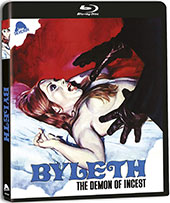 In one of the most bizarre EuroSleaze sickies of the â70s, "Byleth: The Demon of Incest

" (1972 - Italy), Mark Damon ("House of Usher," "Crypt of the Living Dead") delivers an atypically unhinged performance as a duke consumed by unnatural lust for his beautiful sister (Claudia Gravy). Toss in depraved dollops of sex, voyeurism, demonic possession and giallo-style violence, and you get the insane rarity The Wild Eye calls âIntriguingly different and endearingly odd for Italian Horror aficionados.â Aldo Bufi Landi and Fernando Cerulli co-star in this long-lost filth-fest, directed by Spaghetti Western veteran Leopoldo Savona and now scanned in 2k from negative elements recently discovered in a Madrid lab vault. On DVD, Blu-ray from Severin Films 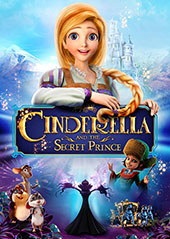 In "Cinderella and the Secret Prince" (2018), with the help of good fairy Crystal, Cinderella and her three mouse friends are able to escape the attic they live in and make it to the Royal Ball at the palace ... but they soon discover a terrible secret. The real Prince has been turned into a mouse by an evil witch â¦ and the âPrinceâ standing in front of everyone at the Ball is an impostor! Cinderella and her faithful furry friends must embark on an all-new adventure to restore the real Prince to his true form and help him defeat the forces of darkness. From Shout! Kids.

" (2016) is an inside look at the Park Slope Food Coop, one of Americaâs most successful cooperative food supermarkets. In Brooklyn, NY, in the shadow of Wall Street, an institution that represents a less well-known American tradition is booming. The Park Slope Food Coop, a cooperative supermarket where all 16,000 members work 2.75 hours per month to earn the right the buy the best food in New York at incredibly low prices. The documentary looks at how the Park Slope Food Coop works, the rules that make it function, the diversity and eccentricity of its members, and how the coop demonstrates a potential for change and how its mode of participation viscerally teaches democracy to those who take part. From Icarus Films.

"Good Omens" (2019), based on the acclaimed novel by Terry Pratchett and Neil Gaiman, is a new TV adaptation that follows Aziraphale (Michael Sheen) and Crowley (David Tennant) as they join forces in an attempt to intercept the antichrist and avert the apocalypse. in addition to big-budget effects and classic British wit, this is a dramatic world of angels and demons where anything can happen â from miracles and prophecies to the most unlikely of friendships. Armageddon is coming. Still, itâs not the end of the world on DVD, Blu-ray, from BBC Studios ... "Ms Fisherâs Modern Murder Mysteries" (2019) includes all four feature-length episodes. In this mod spin-off to the wildly popular Australian mystery series, Peregrine Fisher (Geraldine Hakewill) inherits her aunt Phryneâs estate after she goes missing on a case. As the plucky Peregrine steps into her auntâs fabulous lifestyle in 1960s Melbourne, she 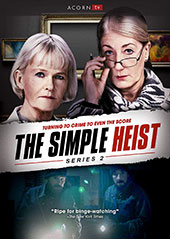 decides to follow in Phryneâs footsteps as a lady detective for a groovy new era. From Acorn Media ... "The Simple Heist, Series 2" (2019) is a two-disc set with six episodes. Popular Swedish dramedy about best friends in their 60s who turn from bank robbing to art theft. Gastroenterologist Cecilia (Sissela Kyle) and teacher Jenny (Lotta Tejle) are living comfortably having pulled off their bank robbery. But when Jennyâs daughter is passed up for a scholarship and Ceciliaâs frustrations with her job reaches a boiling point, the two friends decide itâs time for another heist. From Acorn Media ... "Yellowstone: Season 2" (2019) is a four-disc DVD and three-disc Blu-ray with all 10 episodes of the family drama that follows the story of a multi-generational family that controls the largest contiguous ranch in the U.S. In Season 2, John (Kevin Costner), Kayce (Luke Grimes) and the rest of the clan battle constant encroachment from ruthless enemies on all sides. On DVD, Blu-ray, from Paramount.