FROM THE BIG SCREEN:
"Men in Black: International": Even Thor himself (Chris Hemsworth) couldn't save this tired sequel to the brilliant "Men in Black" outings. Here he joins with Tessa Thompson to unmask a mole in the MIB organization, but their chemistry is not enough to lift the film above yawnsville (and despite great creature effects). Time to end the franchise. Co-stars Kumail Nanjiani, Rebecca Ferguson, Rafe Spall, Les Twins: Laurent Bourgeois and Larry Bourgeois, Emma Thompson and Liam Neeson. From Sony ... "Booksmart

": Actress Olivia Wilde steps behind the camera for this delightful story about two best friends and academic overachievers who realize theyâve missed out on pretty much all fun during high school. So, on the eve of graduation, they decide to make up for lost time with one wild adventure. This is not "girls gone wild" but more of an exploration of the bonds we make as we grow and see the future. Stars Kaitlyn Dever, Beanie Feldstein, Lisa Kudrow, Will Forte and Jason Sudeikis. From Fox ... In "Ma

", a lonely woman (Octavia Spencer) befriends a group of teenagers and decides to let them party at her house. Just when the kids think their luck couldn't get any better, things start happening that make them question the intention of their host. Spencer's talent overshadows the rest of the thrill-less producion. Co-stars Juliette Lewis, Diana Silvers, Corey Fogelmanis and Luke Evans. From Universal.

Tormented by twisted desires, a young man takes drastic measures to rid his grotesquely dysfunctional family of its various afflictions, in "Fists in the Pocket 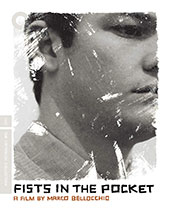 Italy), the astonishing debut from Marco Bellocchio. Characterized by a coolly assured style, shocking perversity, and savage gallows humor, "Fists in the Pocket" was a gleaming ice pick in the eye of bourgeois family values and Catholic morality, a truly unique work that continues to rank as one of the great achievements of Italian cinema. On Blu-ray Disc with new 4K digital restoration, approved by director Marco Bellocchio, with uncompressed monaural soundtrack. The Criterion Collection.

" (2018), starring Ross O'Hennessy, Ben Loyd-Holmes, Rebecca Dyson-Smith, Zara Phythian, Jessica-Jane Stafford, and Jemma Moore, a mighty and courageous legion of warriors must travel through the forbidden lands fighting the fearsome fire breathing monsters of The Dark Kingdom, a land that swallows all who enter, in order to rescue their King and save their Kingdom from the Dark Lord's army. From Uncork'd Entertainment ... 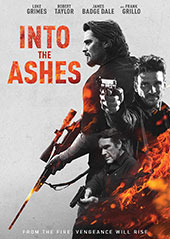 In "Into the Ashes

" (2019), starring Luke Grimes, Robert Taylor, Frank Grillo and James Badge Dale, Nick Brenner, with an honest job and a loving wife, believed he had safely escaped his violent, criminal history. But his old crew hasnât forgotten about him or the money he stole, and when they take what Nick now values the most â his wife â he has nothing left to lose. Confronted by the town sheriff, who is also his father-in-law, Nick must decide if he will stay on his new path or indulge in his need for revenge and force his enemies to pay for what they have done. On DVD, Blu-ray, from RLJE Films ... In "Darlin'

" (2019), starring Lauryn Canny, Bryan Batt and Pollyanna McIntosh, feral teenager Darlin', found at a Catholic hospital filthy and ferocious, is whisked off to a care home run by The Bishop and his obedient nuns where she is to be tamed into a "good girl." However, Darlin' holds a secret darker than the "sins" she is threatened with, and she is not traveling alone. The Woman (McIntosh), equally fierce and feral, who raised her is ever present and is determined to come for her no matter who tries to stand in her way. On DVD, Blu-ray, from Dark Sky Films ... After being arrested for the murder of a white classmate, a young black man's father fights in court for his son's vindication in "Canal Street

" (2019), starring Bryshere Y. Gray, Mykelti Williamson, Mekhi Phifer, Kevin Quinn, Woody McClain and Lance Reddick. Against all odds, they embrace their undying trust in each other and find faith in God. From Cinedigm.

In "The Third Wife

" (2018 -- Vietnam), set in 19th century rural Vietnam, 14-year-old May becomes the third wife of wealthy landowner Hung. Soon she learns that she can only gain status by asserting herself as a woman who can give birth to a male child. May's hope to change her status turns into a real and tantalizing possibility when she gets pregnant. However, her path is fraught with danger when May starts to develop an attraction for Xuan, the second wife. As she observes the unfolding tragedy of forbidden love and its devastating consequences, she must make a choice: to either carry on in silence and safety, or forge a way towards personal freedom. From Film Movement.

"Scooby-Doo, Where are You!: The Complete Series Limited Edition 50th Anniversary Mystery Mansion" is packaged in a limited edition collectible mystery mansion giftset that includes all 41 episodes of the original series, "Scooby-Doo! Where are You!," released on Blu-ray for the first time, 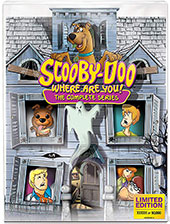 "CMA Awards Live: Greatest Moments 1968-2015" is a 10-disc set packed with 127 Classics from a Country Music Who's Who. For 50 years, the CMA Awards have spotlighted the genre's top performers, capturing the songs and artists who've long provided a soundtrack for our lives. In addition to the yearly accolades presented to the biggest stars in country music, the program is famous for historic performances and collaborations - many of which are the first time 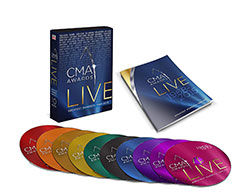 legendary songs were featured on television. This set features performances from many of the premiere artists in the genre who've helped to shape the history of country music - Glen Campbell, Johnny Cash and June Carter Cash, Barbara Mandrell, Buck Owens and Kenny Rogers as well as artists who've nurtured the sound over the past decade and taken the music to new heights, like Miranda Lambert, Brad Paisley, Taylor Swift, Carrie Underwood, and Keith Urban. Across the 10 packed discs, home audiences will discover a who's who of country artists, which also includes Alabama, Brooks & Dunn, Vince Gill, Alan Jackson, Reba McEntire, Dolly Parton, Charley Pride, Rascal Flatts, George Strait, Randy Travis, Tanya Tucker, Trisha Yearwood, Dwight Yoakam, and dozens more. From Time Life ... "Ghosts of Attica" (2001): Like Watergate and Vietnam, Attica is an icon of recent history. Gov. Rockefeller's brutal re-taking of the prison -- a nine-minute, 1600-bullet assault that took the lives of 29 inmates and 10 guards held hostage -- put an end to the four-day rebellion. But the struggles for justice, by both prisoners and guards, endured for three decades. Eventually inmates wrested a historic $12-million settlement from the state, and that bittersweet victory spurred a new round of agitation by guards and their survivors. This documentary offers a definitive account of America's most violent prison rebellion, its suppression, and the days of torture that ensued-using exclusive, just-released images, documents, and interviews.
From Icarus Films.

"Bull: Season Three" (2018-19) is a five-disc set with all 22 episodes of the drama series inspired by the early career of talk show host Dr. Phil McGraw. The show follows the brilliant, brash and charming Dr. Bull, the ultimate puppet master, as he combines psychology, 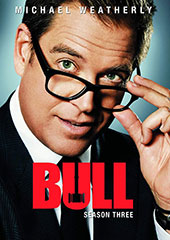 human intuition and high-tech data to learn what makes jurors, attorneys, witnesses and the accused tick. Bull employs an enviable team of experts at Trial Analysis Corporation to shape successful narratives down to the very last detail. His personal life proves harder to manage as he tries to live a healthier lifestyle following a heart attack and learns he is expecting a child with his ex-wife. Season Three picks up as Bull returns to work following his' heart attack. Now, he must work with his team at TAC to help defend an insurance company that is being sued by a young mother who was denied coverage for a liver transplant. From CBS/Paramount ... "NCIS: The Sixteenth Season" (2018-19) is a six-disc set with all 24 episodes. NCIS 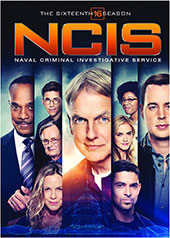 Special Agent Leroy Jethro Gibbs (Mark Harmon), a former Marine gunnery sergeant whose skills as an investigator are unmatched, leads this troupe of colorful special agents who investigate all crimes -- from murder and espionage to terrorism and stolen submarines -- with Navy or Marine Corps ties. The latest season continues one month after Director Leon Vance is kidnapped by a terrorist who tortured Special Agent Sloane years ago in Afghanistan. Now, Special Agent Leroy Gibbs assumes his role as Acting Director while the team searches to locate their missing leader. From CBS/Paramount ... "Young Sheldon: The Complete Second Season" (2018) is a two-disc set with all 22 episodes from the top-rated prequel to "The Big Bang Theory." From Warner.