"Searching": A well-done mystery thriller with quite a few unexpected twists and turns, though the premise -- using the Internet and smartphones to track someone -- isn't all that original. David Kim (John Cho)'s 16-year-old daughter goes missing, and after a local investigation doesn't come up with a single lead, David decides to search the one place where all secrets are kept today: his daughter's laptop. In a hyper-modern storyline told via the technology devices we use every day to communicate, David must trace his daughter's digital footprints before she disappears forever. Co-stars Debra Messing, Joseph Lee and Michelle La. Extras for Searching

Two very important titles arrive this week from The Criterion Collection, headed up by the long-out-of-print "The Magnificent Ambersons

" (1942): Orson Welles's beautiful, nostalgia-suffused second feature -- the subject of one of cinema's greatest missing-footage tragedies -- harks back to turn-of-the-20th-century Indianapolis, chronicling the inexorable decline of the fortunes of an affluent family. Adapted from an acclaimed Booth Tarkington novel and 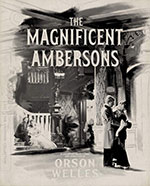 characterized by restlessly inventive camera work and powerful performances from a cast including Joseph Cotten, Tim Holt, and Agnes Moorehead, the film traces the rifts deepening within the Amberson clan -- at the same time as the forces of progress begin to transform the city they once ruled. Though RKO excised over 40 minutes of footage, now lost to history, and added an incongruously upbeat ending, "The Magnificent Ambersons" is an emotionally rich family saga and a masterful elegy for a bygone chapter of American life. On DVD, Blu-ray Disc with new 4K digital restoration, with uncompressed monaural soundtrack on the Blu-ray ... In "True Stories

" (1986), music icon David Byrne was inspired by tabloid headlines to make this sole foray into feature film directing, an ode to the extraordinariness of ordinary 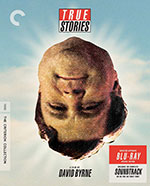 American life and a distillation of what was in his own idiosyncratic mind. Byrne plays a visitor to Virgil, Texas, who introduces us to the citizens of the town during preparations for its Celebration of Specialness. As shot by cinematographer Ed Lachman, Texas becomes a hyper-realistic, late-capitalist landscape of endless vistas, shopping malls and prefab metal buildings. In "True Stories," Byrne uses his songs to stitch together pop iconography, voodoo rituals, and a singular variety show-all in the service of uncovering the rich mysteries that lurk under the surface of everyday experience. On DVD, Blu-ray Disc with new, restored 4K digital transfer, supervised by director David Byrne and cinematographer Ed Lachman, with 5.1 surround DTS-HD Master Audio soundtrack, supervised by Byrne, on the Blu-ray.

This week highlights two new titles and a plethora of flashback features:

" (2016 -- Germany), starring Samuel Schneider, Alexander Srtschin and Alexandra Schmidt, a young woman is murdered, her body dismembered, its parts dumped across Vienna and two suspects emerge without a clear motive: Christian, a law student who sells concessions part-time at a movie theater, and Alex, an 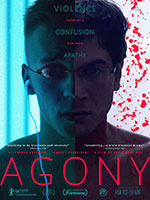 image-obsessed rapper/boxer. Each young man is trapped in his expectations, set against the abstraction of a violent post-moderns news-scape. And one of them goes berserk and becomes a violent killer. This directorial debut from David Clay Diaz -- and Official Selection at the Berlin Film Festival and Fantasy Fest -- is a split-narrative character study comparing two distinct millennials whose stories don't necessarily overlap, save for the fact that they both live in Vienna -- if not two very distinct Viennas. Poignant questions of sexual identity are deftly brought to light in this dark thriller based on the true story of a shocking and inexplicable murder. From IndiePix Films ... "Outrage Coda

" (2017 -- Japan) stars Takeshi Kitano, Toshiyuki Nishida and Ren Osugi, and all the betrayal, double-crossing, and action-filled gun battles of "Outrage" are here in the final chapter of Takeshi Kitano's acclaimed underworld film series. Five years after surviving the all-out war between the Sanno and Hanabishi crime families, former yakuza boss Otomo (Beat Takeshi) now works in South Korea for Mr. Chang, a renowned fixer whose influence extends internationally. But when a relatively minor incident causes tensions to escalate out of control between Chang Enterprises and the Hanabishi, Otomo must return to Japan to settle the score once and for all. On DVD, Blu-ray, from Film Movement ... Billy Crystal and Alan King star in "Memories of Me

" (1988), directed by Henry Winkler, a heartwarming comedy about a feuding father and son who discover that love is a family trait. They say, "like father, like son," but for Abe (King) and Abbie (Crystal) Polin, nothing could be further from the truth. Abe is king of the Hollywood extras. As an actor he's an expert at being a face in the crowd. His 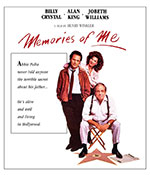 son Abbie is a respected New York heart surgeon who's always felt like a bit player in his father's life. When Abbie suffers a mild heart attack, he decides it's time to mend family ties ... or break them altogether. So he heads out to Hollywood, where his efforts at reconciliation lead to hilarious consequences. Co-stars Jobeth Williams, Robert Pastorellui, Sean Connery. on Blu-ray from MVD Visual ... "Zombie

40th Anniversary Limited Edition" (1979 -- Italy) stars Tisa Farrow, Ian McCulloch, Al Clive and Richard Johnson in a new 4K Restoration from the original uncut and uncensored camera negative. In Italy, it was considered the "unofficial sequel" to "Dawn of the Dead." In England, it was known as "Zombie Flesh Eaters" and banned as obscene. In America, it was called "Zombie" and advertised with the depraved tag line "We Are Going To Eat You!" It remains one of the most eye-skewering, skin-ripping, gore-gushingly graphic horror hits of all time. Strangers searching for a young woman's missing father arrive at a tropical island where a doctor desperately searches for the cause and cure of a recent epidemic of the undead. In a two-disc Blu-ray from Blue Underground ... 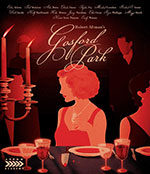 "Tea at Four. Dinner at Eight. Murder at Midnight." In 2001, Robert Altman took the unexpected step into Agatha Christie territory with "Gosford Park

," a murder-mystery whodunit set in an English country house starring a host of British acting greats and with an Oscar-winning screenplay by "Downton Abbey" creator Julian Fellowes. It would become a huge success with audiences and critics alike. Set in 1932, the action unfolds during a weekend shooting party hosted by Sir William McArdle (Alan Bates), and his wife Lady Sylvia (Kristin Scott Thomas) at his estate, Gosford Park. Among the guests are friends, relatives, the actor and composer Ivor Novello (Jeremy Northam), and an American film producer (Bob Balaban). When Sir William is found murdered in the library, everyone -- and their servants -- becomes a suspect. Also starring Charles Dance, Michael Gambon, Richard E. Grant, Helen Mirren, Clive Owen, Maggie Smith, Emily Watson and many more, Altman produced another masterpiece deserving to be ranked alongside "Nashville" and "Short Cuts" as one his finest forays into ensemble drama. Brand new 2K restoration from a 4K scan, carried out by Arrow films exclusively for this release, supervised and approved by director of photography Andrew Dunn. On Blu-ray ... 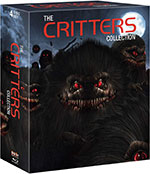 " is a four-disc Blu-ray set with "Critters," "Critters 2: The Main Course," "Critters 3" and "Critters 4." New 2K scan from the original film elements for "Critters" and "Critters 2." In "Critters" (1986), the terrified Brown family are trapped in a deadly nightmare and must fight for their lives against a litter of extraterrestrial, bloodthirsty monsters. But it's a losing battle until two intergalactic bounty hunters arrive, determined to blow the creatures off the planet! In "Critters 2: The Main Course" (1988), some eggs have survived and are popping open, bringing another horde of the little creatures! Brad Brown (Scott Grimes) returns to fight them along with three bounty hunters. "Critters 3" (1991)stars Leonardo DiCaprio as Josh, a beleaguered Angelino who must lead the fight against the little monsters as they invade an L.A. apartment building. In the final film, "Critters 4" (1992), a super strain of genetically engineered monsters are designed to take over the universe. This time, Brad Dourif and Angela Bassett must battle the little bloodthirsty hairballs. On Blu-ray from Scream Factory ... "The Original Christmas Specials Collection 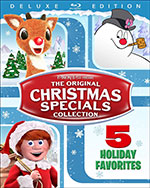 Drummer Boy" feature iconic "Animagic" stop-motion animation and "Frosty the Snowman" and "Cricket on the Hearth" are beautifully animated. Starring the voice talents of Fred Astaire, Jimmy Durante, Mickey Rooney, Danny Thomas, Burl Ives and many more, these favorites also feature some of the most beloved songs of the season and are sure to entertain audiences of all ages. On DVD, Blu-ray from Universal ... And last, but not least, there's the "Elf

15th Anniversary Buddyâs Sing & Cheer Along Edition" (2003), directed by Jon Favreau and starring Will Ferrell, James Caan, Zooey Deschanel, Mary Steenburgen, Faizon Love, Peter Dinklage, Amy Sedaris, Andy Richter and Edward Asner, in both a sing-along and original theatrical versions. Sing Along version interactive content: Follow Buddyâs elf cap as it bounces over the lyrics when one of the glorious and goofy songs comes on; "Buddyâs Best Lines"; "Buddyâs Big Book of Elf Culture"; "Sweet Treats": throughout the movie you will be treated to Buddyâs recipes to satisfy your sweet tooth; "The Clausometer": tracks Buddyâs holiday spirit every time you see the Clausometer in the corner of the screen; "Buddyâs Buddies": During special moments in the movie, one of Buddyâs North Pole playmates will animate on screen; fun facts and trivia. Also includes such original special features as commentaries by Will Ferrell and Jon Favreau; deleted/alternate scenes; nine featurettes including "Tag Along with Will Ferrell," "Film School for Kids," "How They Made the North Pole," "Kids on Christmas," "Santa Mania," and more. From Warner.

" (2018), starring AlâJaleel McGhee, Amber Stonebraker, Alan Burrell and Martin Bannon Beaudet, a sleepy-eyed Darrel (McGhee) wakes to find himself in bed with his crew member Sydney (Stonebraker) on the morning after the premiere of his new film. As they begin to discuss the previous evening and tepid reviews of the film, emotions give rise to a passionate and thoughtful relationship that once could have been if either had taken the chance. From Breaking Glass Pictures.

"Jack Irish, Season 2" (2018) is a three-disc set with all six episodes. Guy Pearce reprises his iconic role as Jack Irish, a former criminal lawyer and part-time debt collector with a penchant for getting dragged into unsavory situations. In Season 2, Jackâs life has hit a rough patch: the horse-racing world is in turmoil; Jackâs beloved local pub may be sold; and his journalist girlfriend, Linda (Marta Dusseldorp), has left him. Then the suspicious death of an international student at a dubious Australian college plunges Jack into a high-stakes investigation. To crack the case, Jack will need Lindaâs help, along with assistance from a beautiful, enigmatic psychiatrist, Dr. Rory Finch (Danielle 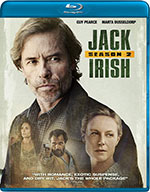 Cormack). On DVD, Blu-ray, from Acorn Media ... "Picnic at Hanging Rock" (2018) is a two-disc set with six episodes. This penetrating re-imagining of the iconic and timeless Australian novel, depicts the mysterious disappearances of three schoolgirls and their governess on Valentineâs Day, 1900. The complex, interwoven narrative charts the subsequent investigation and the eventâs far-reaching impact on the students, families, and staff of Appleyard College and on the nearby township. Theories abound, long-held secrets are exposed, and paranoia and hysteria set in, as in vastly differing ways their lives are changed forever. On DVD, Blu-ray, from Acorn Media ... "Sharp Objects" (2018) stars Amy Adams, Patricia Clarkson, Chris Messina, Eliza Scanlen, Matt Craven and Henry Czerny in HBO's eight-episode limited series, based on Gillian Flynnâs ("Gone Girl") bestselling novel of the same name. Set in a small town in southern Missouri, "Sharp Objects" follows troubled journalist Camille Preaker (Adams) as she returns home to investigate the murder of a preteen girl and the disappearance of another. Trying to put together a psychological puzzle from her past, she finds herself identifying with the young victims a bit too closely. On DVD, Blu-ray from HBO.