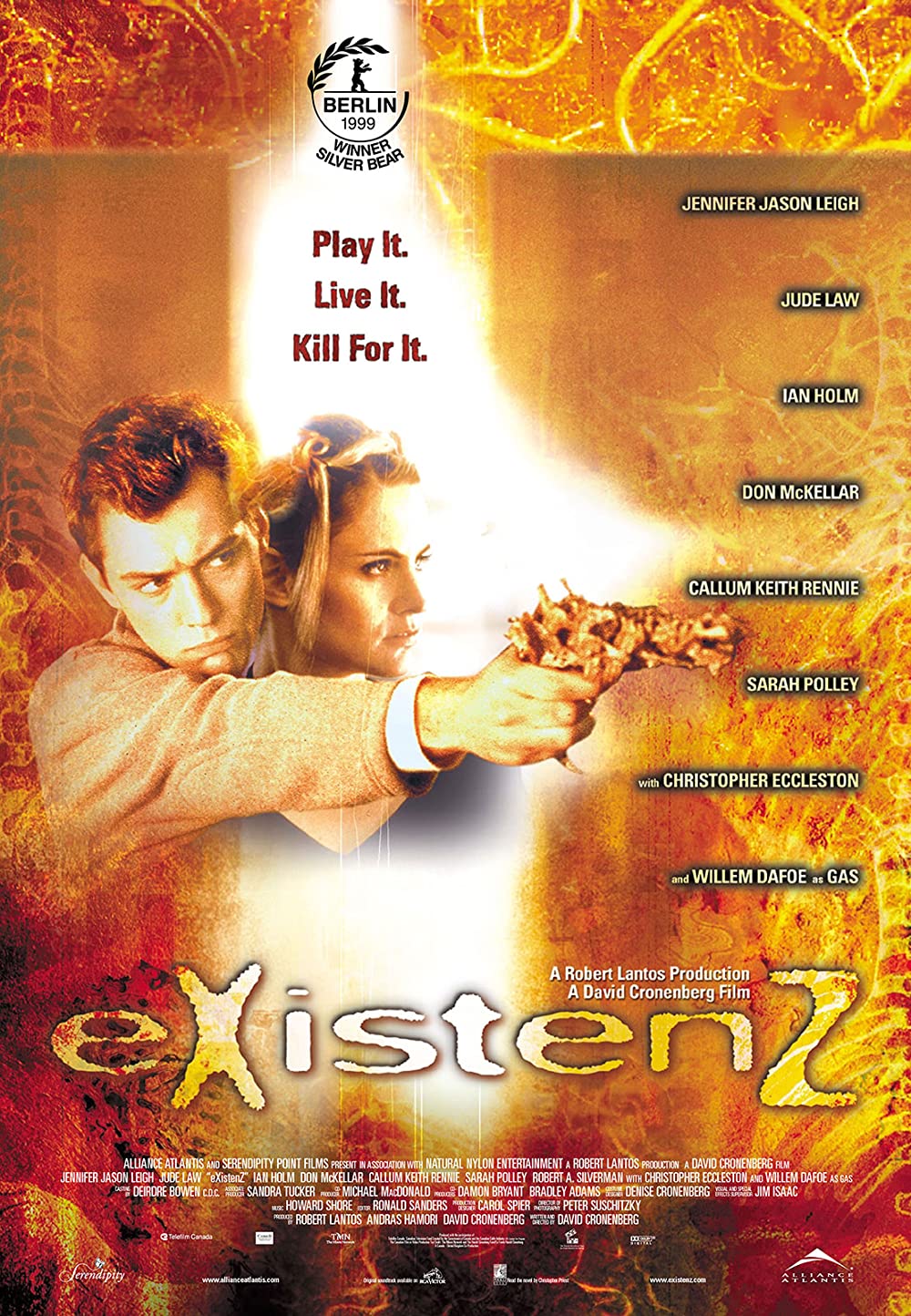 eXistenZ tackles the idea of reality vs. virtual reality, God as the ultimate creator, unethical competition of corporations, destruction of realism and our part in playing the biggest game of all called life. One of Cronenberg's most satisfying and entertaining films produced. A sci-fi thriller coupled with mysterious comical elements to make it viewable. Antenna Research's Allegra Geller (Jennifer Jason Leigh) is the world's greatest game designer. She informs her geek PR/security Ted Pikul (Jude Law) about the nature of the games she creates and wonders why he hasn't played any. After entering a game, the pair encounters Gas (Willem Dafoe), who aids in placing a bio-port for Ted. Clever premise with some surprising humor coming from the director. Well paced though the soundtrack and more screen-time for DaFoe would have been more interesting. As always, the screenplay is the strength though Law and Leigh provide the necessary drama and convincing power to make it enticing. Some theoretical lines: "You have to play the game to find out why you're playing the game." from Allegra, "I'm fighting it but it isn't doing me any good." and "We're both stumbling around together in this unformed world whose rules and objectives are largely unknown, seemingly undecipherable or even possibly nonexistent, always on the verge of being killed by forces we don't understand!" from Ted and "God, the mechanic!" from Gas.