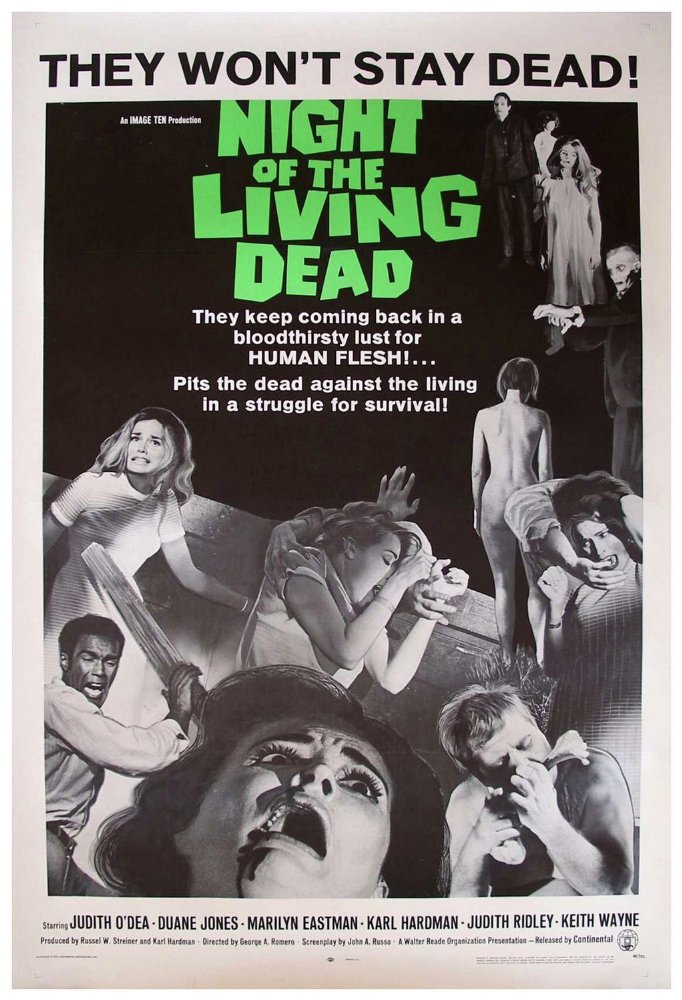 Night of the Living Dead set the standard and for all intensive purposes wrote the rulebook on how to effectively craft a Zombie film. Romero's now classic film was very controversial upon its release and many films took aspects of this film in hopes of creating an equally effective horror film.

The gore in this film is something that drew much attention upon its release. While not as gut wrenching as one would expect to see in todayâs landscape of "horror" this film featured many scenes that at the time were visually disturbing. This film also features many scares that would be duplicated countless times over the years by just about every horror movie. The action and suspense sequences in the film are also very well orchestrated â this being something many films failed to duplicate. Audiences where not prepared for what hit them when they were exposed to this in theaters in 1968.

What really makes this film tick beyond the Zombies is the human characters themselves and the tension that builds between them. The cast, while composed of virtually unknown actors, is phenomenal and a fair majority of the lines in the film are improvised. All the characters have something different to offer and all have their own unique reactions to what is happening around them. The ending of the film, all aspects of it, is something else that is truly great and definitely thought provoking.

This is certainly a must for any fan of the horror genre. Many have tried to duplicate this film and so many have failed. Most people failed to realize the inner workings of this masterpiece and that it is more than just a Zombie film. While there are notable goofs in this film, such as a news broadcast on a sunny day airing in the middle of night, it really is an astonishing piece of work.

Warning -- Skip the 30th Anniversary Edition as it pretty much ruins the film completely. In fact there are many versions of the film to be wary of as it is currently, and most likely forever will be, in the public domain. George Romero himself recently was involved in a 40th Anniversary Edition of the film that restored and re-mastered the original film. It would also be wise to avoid the colorized version of them film â just stick with it how it was originally intended.