TheWolf's Movie Review of Beauty and the Beast (1991) 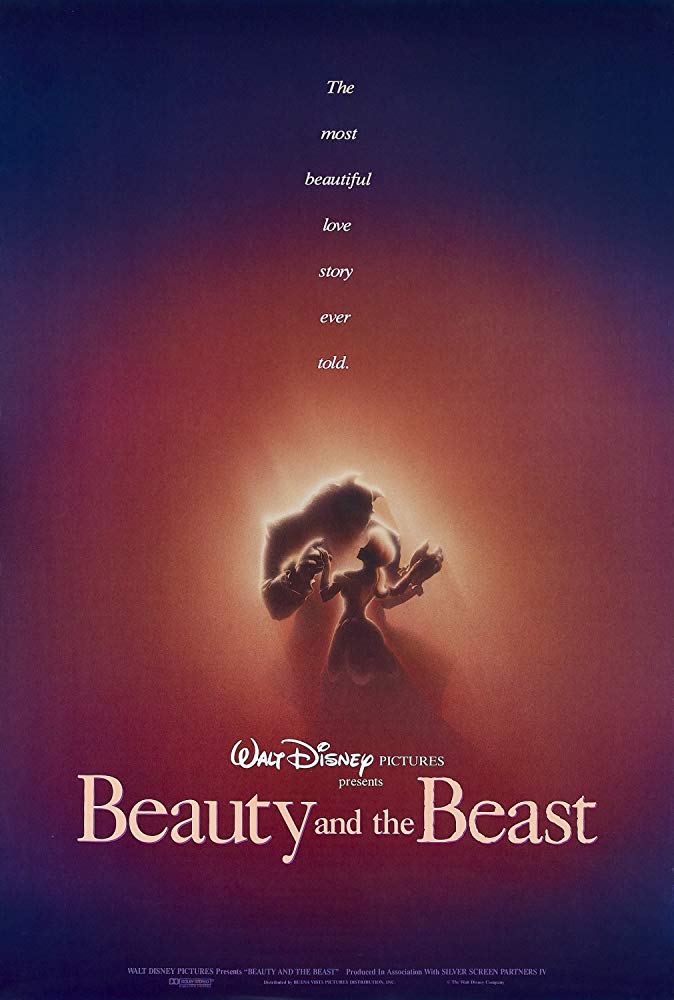 Disney takes another classic tale and makes it their own. Disney has a knack for taking a classic movie and choosing the right time to release it. Beauty and the beast is a great example of right place right time. In '91 many of the most popular movies were darker films. Silence of the Lambs, Barton Fink, T2, etc. Something was needed to lighten up the feeling around the silver screen and what better way to do it than to release a new Disney movie with a great cast, some nice music, and a catching story line. While this is not a "Disney Princess Story" the character of Belle was admired by lots of little girls that year. I remember seeing a number of them the halloween following the release of this movie. It was well done over all and great family film.