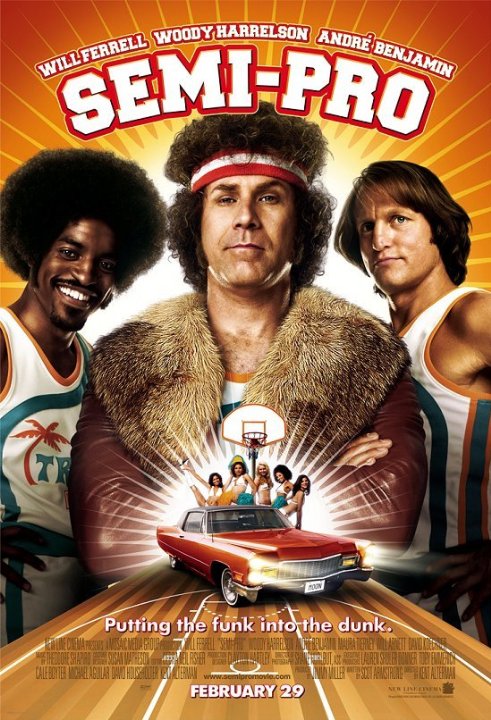 For a person with a lot of basketball knowledge, not only with the game itself but also the history of the game, I took more from this movie than average Will Ferrell fan.

An interesting concept with the made up ABA team 'Flint Tropicals'. Set in the time when the ABA existed and was being absorbed by the NBA, Will Ferrell's character makes a last ditch effort to bring his team into the NBA by bringing in Woody Harrelson and doing crazy things to bring in fans.

Not much depth to the movie, but what movie does with Will Ferrell? The 'R' rating was a bit surprising before I went to the movie, but quickly confirmed by the insane amount of F-Bombs and other nasty language. However, I am a fan of the lack of pot references.

There's a bear, a song sang by Will Ferrell, and a reference to the invention of a well known basketball move, all very funny parts. Pretty good, but not great by any means.

Enjoyable, but there are better Will Ferrell films.