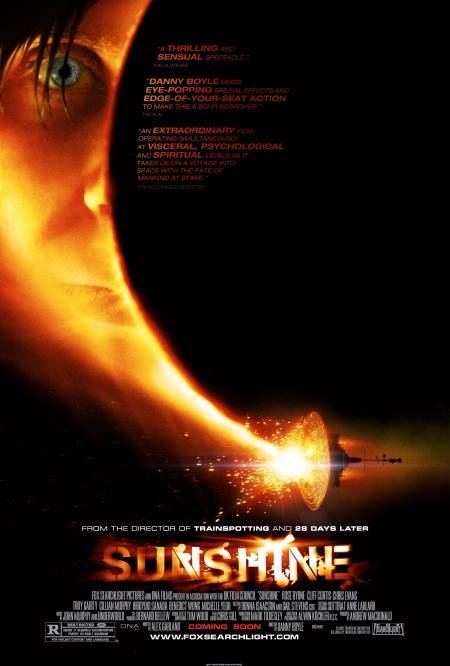 Hey just watched the movie there on telly and let me start by saying I am not a big fan of space movies especially ones set solely on a cold spaceship however sunshine managed to avoid all that I dislike about those movies an was completely entertaining!One of the things I liked about it was that it was realistic(well as realistic as a movie like this could be!)everyone on the ship was 100% for the missions success and they all knew they were expendable if needs be. I agree with the other reviews though,the horror bit at the end was unnecessary, and the film was doing fine without it, didnt ruin the film as the bad guy wasn't in it for too long but I think you can either go completely one way if your going to go horror and not half and half,didn't know or care about this bad guy he was just annoying and could have easily been replaced by another crew member in a similar but more relevant plot. Did think it was an interesting way to film the villain ,always blurred, and speaking of that Danny Boyle did a great job on this film especially the shots from inside the suits! This film makes you work to enjoy it and its worth it so give it a look.
Oh an finally because i can't resist, I love when movies have irony or coincidence about them, just thought it was funny the way Chris Evans was in this movie trying to re ignite the sun and in the Fantastic four he can turn as hot as the sun!aduno!!