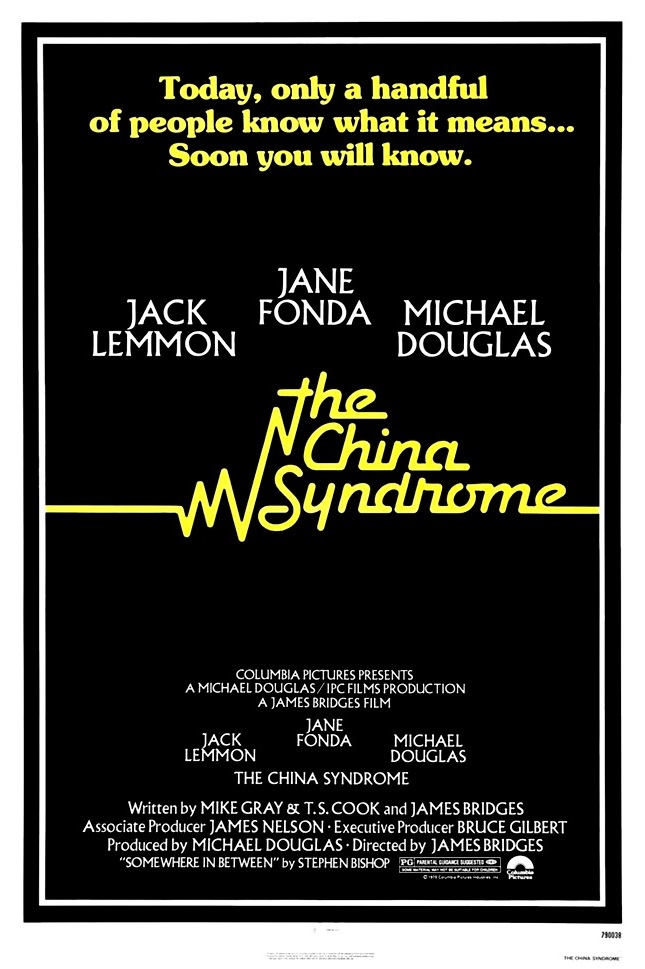 TV news reporter Kimberly Wells and her cameraman Richard Adams visit the Ventana nuclear power plant where they discover an accident.They have it all on camera.Jack Godell is the supervisor on duty in the control room during the incident.He knows something is seriously wrong at the plant when he feels the vibration.He wants to talk but they want him to keep his mouth shut.The China Syndrome (1979) is a thriller directed by James Bridges.The title of the movie is jokingly mentioned in the film that if an American Nuclear Reactor melts down it will melt through the Earth until it reaches China.The casting of this movie is brilliant.Jane Fonda does a fine job as the red headed Kimberly Wells.The young Michael Douglas, who's also producer of this film, is great as the hot tempered Richard.I especially liked Jack Lemmon who does amazing job as Jack Godell.His performance alone is what puts this movie in my Top Movie list and makes it a classic.He won the best actor award at the Cannes film festival. This movie shows us something that can happen in real life.We all remember what happened in Chernobyl back in 1986.There are plenty of breathtaking scenes in the movie.One of them is where Jack is driving and he notices he's being followed...And there's a lot of power in the end.

&quot;China Syndrome&quot; was a good movie that makes people well aware of the consequences of nuclear arms and nuclear waste. Jane Fonda was excellent in this film.