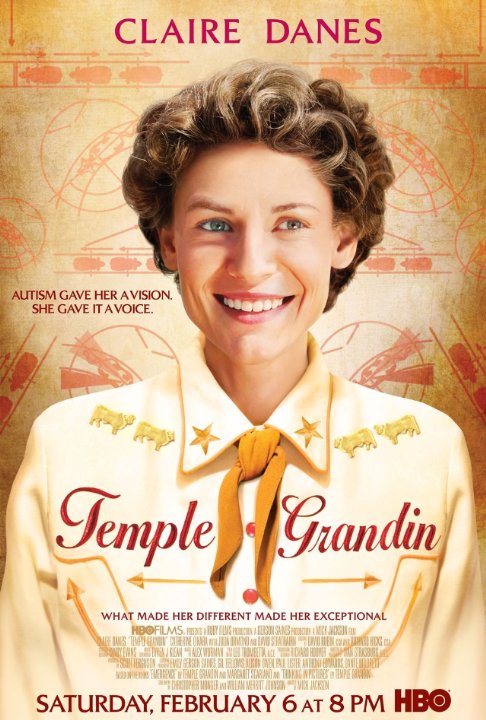 I was watching the Emmys last month and noticed some TV movie named Temple Grandin was sweeping the movie/mini-series awards. I had never heard of it, but then again, I don't have HBO so this wasn't surprising. I immediately put it in my Netflix queue and it arrived and all I can say is, wow. Rather than spending time showing how the autistic Grandin overcomes her difficulties (though there is some of that), it instead focuses on her brilliance - her ability to see pictures and revolutionize the treatment of cattle. This film succeeds thanks to the perfect performance of Claire Danes, who disappears so entirely into this role it feels like you're watching a documentary. This film just may make my year end best list.