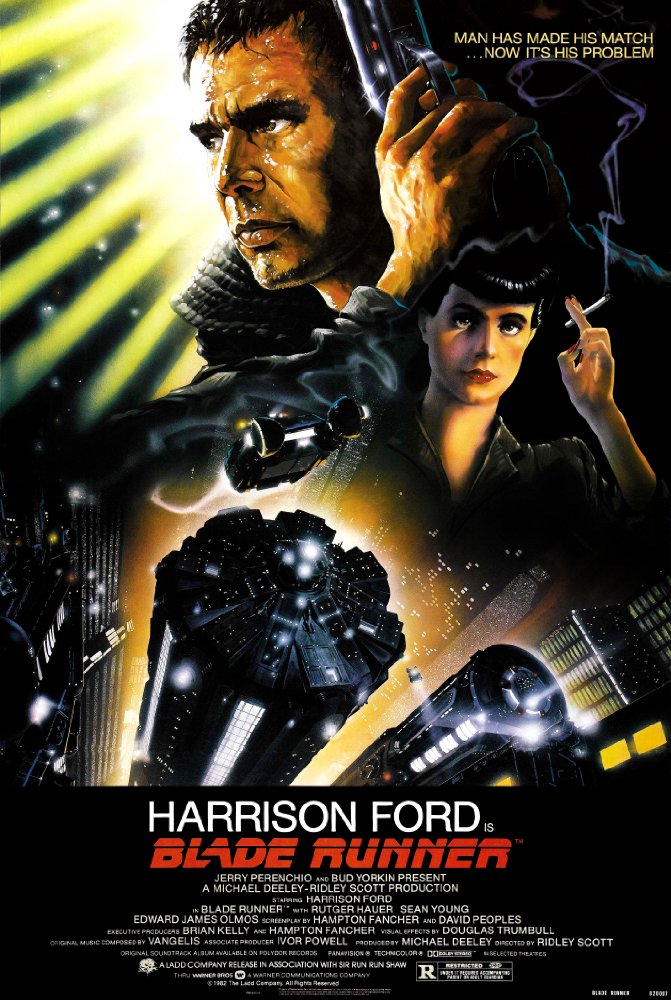 Blade Runner has a brilliantly intense and controversial subject matter. Dystopian and utopic, totalitarian futuristic cities is a concept that has been treated several times since we have memory, but this is one of the first American films that dares to take that vision one step forward, adapting it to the pop-culture necessities of the time.

The highlights of the movie are:

- The weakness of the human condition.
- The search for a reason of human existence.
- The fear of lacking the ability to comprehend what doesn't belong to our race.
- Mankind's total subordination and dependence towards technology.
- An overall depressing and dark atmosphere (mood) and desolate way of life.
- Lack of nature and beauty.

This film deserves a cult-status respect: it portrays a not-so-distant future that doesn't differ much from a possible alternate reality. A masterpiece of modern era within the sci-fi genre and a great originality from Mr. Philip K. Dick, Blade Runner is a timeless gem and a feast for the senses. Visionary, talented, magical and almost miraculous.