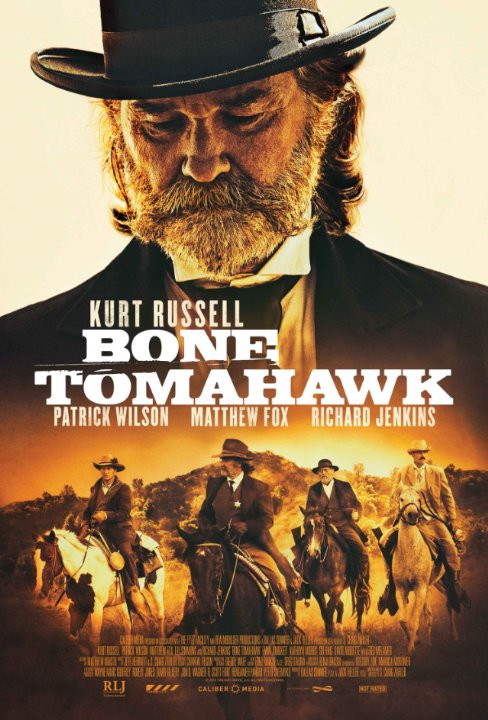 I went into Bone Tomahawk hoping for a fun genre bending Western/Horror hybrid. Unfortunately what we get is a muddled non-thrilling mess of a movie. I'm a huge fan of the Western and Horror Genres. They have not often meshed in the past and this is no different. It has the feel of the much better Ron Howard film THE MISSING but doesn't deliver the emotional and mystical punch that the earlier film did. Kurt Russell is fine doing "Kurt Russell" and Patrick Wilson does the best he can with what little he has. RIchard Jenkins delivers most of the comic relief and moral compass of the film and is the only actor who is memorable. Matthew Fox is horribly miscast. The direction seems amateurish and writing seems to go no where. Some dialogue seems to be unintentionally funny. Some of the characters choices seemed to be idiotic and unbelievable. Why were the "Indians" just standing there waiting to be shot? They were not the most stealth like for sure.
I was disappointed in most aspects of the film.
Some Violence but not enough to carry along the film.
Still waiting on the return of the Western. Hopefully the Hateful Eight at the end of the year will not disappoint.