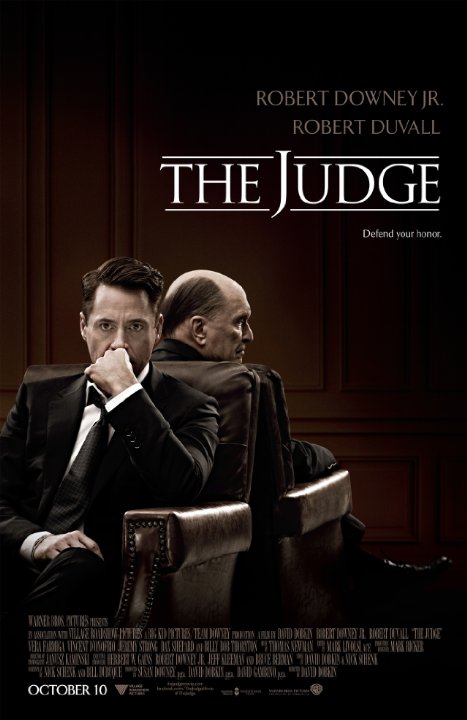 "The Judge" sports a talented cast but unfortunately they're at the mercy of watered down bland TV movie of the week script. There is some good interaction between Downey and Duvall but with their limited resources it's hard for even these seasoned Vets to pull this above an average movie. Cheesy Moments (See Dax Shepard's role) are mixed with a couple poignant moments with Duvall who once again shows that he is one of the greats of his generation. When it comes to the Core of the film it never evolves enough to land the emotional punch it seems to seek throughout. Good performances help keep it afloat but in the end it treads water in it's mediocrity.

Average Time filler worth watching for some Pro's giving it their all but fails in the end with a cliched script and Direction that at times seems to light for the Drama it wants to be.