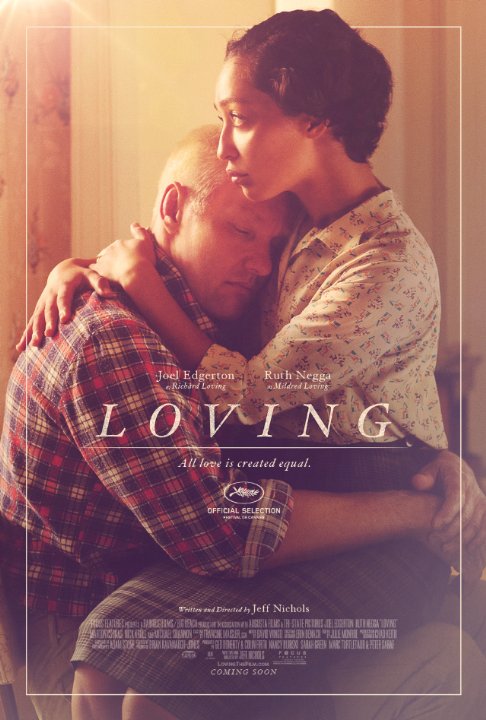 If the movie "Loving," the story of Richard Loving (Joel Edgerton) and Mildred Loving (Ruth Negga) could be described with one word, then that one word would be "quiet." Thereâs no overuse of dialogue in this tale of two lovers who find themselves up against a brick wall when the State of Virginia convicts them of breaking its miscegenation law. Instead, Joel Edgerton and Ruth Negga display powerful emotion after emotion with telling facial expressions, and evocative body movements-the sort of nonverbal communication that speaks volumes.

"Loving" also avoids some of the clichÃ©s of other period dramas from the Civil Rights era. Richard and Mildred arenât portrayed as just two named individuals in a historic appeal to the United States Supreme Court. Or simply as two people who decided to take a stand against injustice. These are, to quote Sly and the Family Stone, âeveryday people.â They go to drag races together. Mildred may watch a telecast of the March on Washington, but in the evening when Richard gets home from work, they cuddle up on the couch and watch Andy Griffith. Richard builds houses by day and drinks brews with his buddies at night. He also assists his mother with her midwife trade. No, nothing clichÃ© here. Itâs all bricks and buckets and cinderblocks and mortar and levels, and a love story with a foundation that can stand the test of time.