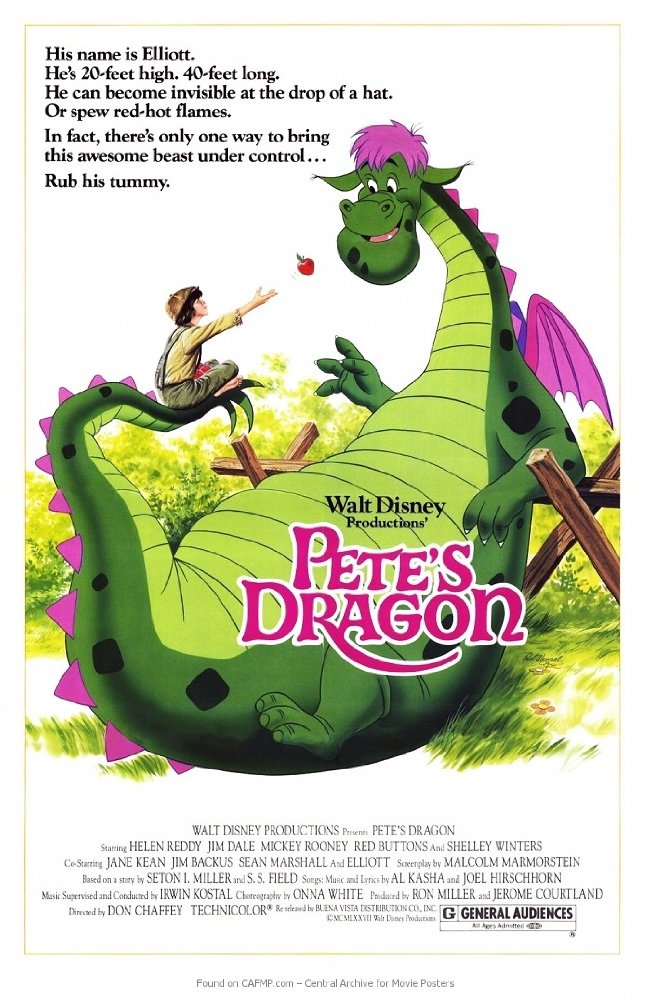 I get that this movie is really nostalgic for some people but seeing as I've only just now watched it, I feel like my opinion of it will be unbiased. So. This movie is pretty bad. The kid who plays Pete is probably one of the worst child actors of all time so he basically killed it for me from the beginning, The songs are boring and forgettable (with the exception of "Candle on the Water" which was the only part of this movie I actually enjoyed). Elliott was kind of cute but we hardly ever get to see him. And it's a half an hour too long. Disney is supposed to be coming out with a remake of it in August and while I'm not typically a fan of remakes, I think with Pete's Dragon it's probably a good idea. I really think this could actually be a decent movie if there was a little more effort put into it.