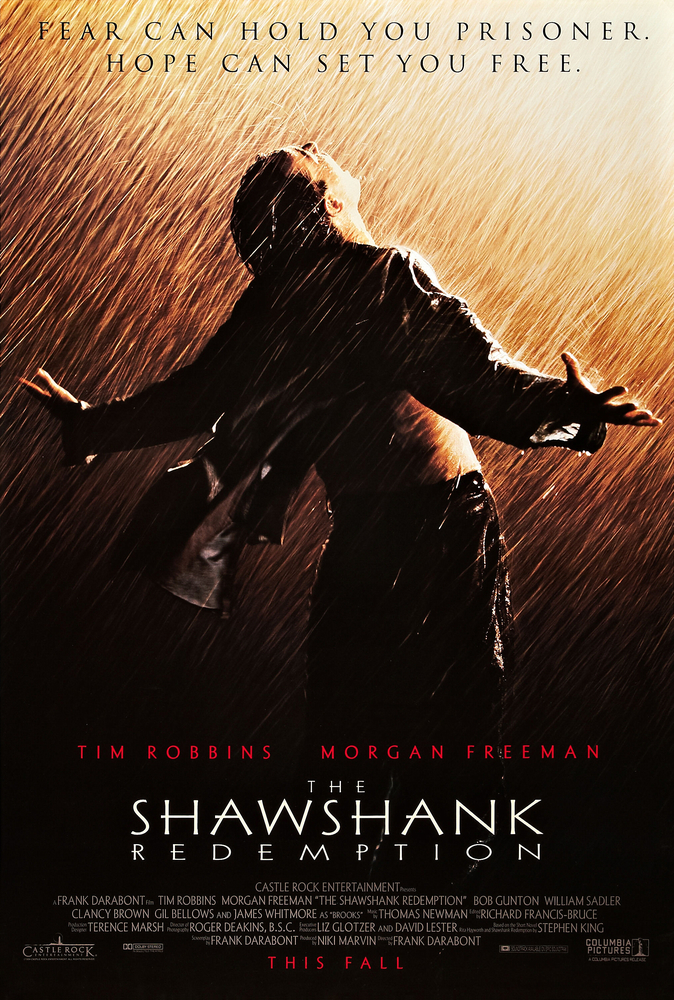 Perhaps a slightly overrated film, it's certainly not the best film ever made, as this site and others on the internet claim, but it is great. It was released in 1994, the year of Gump, a film that over time has lost its luster and Pulp Fiction. Pulp Fiction is my personal favorite film, but it was also the one that pushed boundaries. Gump, technologically was superior, although you watch it now and it looks quaint. And Shawshank, as far as I'm concerned is just another movie. Yes, it has a great script and even better acting. But, we've seen films with good acting, directing...etc. Fiction pushed the envelope, it moved the needle. Every film that came after wanted to be the next Pulp Fiction. So, why does Shawshank continue to be number one on sites like this one? I have two reasons, it's humanizing and its MOR.

First off, we feel for these prisoners. Yes, they committed heinous crimes, but they aren't as bad as the warden. Even though, except for Andy, they are, including Red. But, as time has gone on and Morgan Freeman became more of an institution than an actual person and through many cable viewings, this film has just become part of our culture. Which leads me two my second reason, it's MOR (Middle Of the Road). It's completely inoffensive. Sure there's some language and some insinuated sodomy, but it's never shown. Nobody can be offended by this film. Whereas Pulp, my God, first of all, it's not even told in chronological order. Plus, there's a lot more language, violence, a needle going into someone's chest... and when shown on cable in an edited form, it just doesn't work. Shawshank you can see on TNT for the 700th time (edited, of course) and it still makes sense, you don't miss anything. It's a film that your spouse, parent, grandparent, etc. can enjoy. It's complete middle of the road, anyone can enjoy it. Therefore, it gets lot of votes on these sort of public websites from people who think, "hey I remember watching that, that was good" and these same people have never seen the stroke of genius that is Citizen Kane, or even...yes, Pulp Fiction.