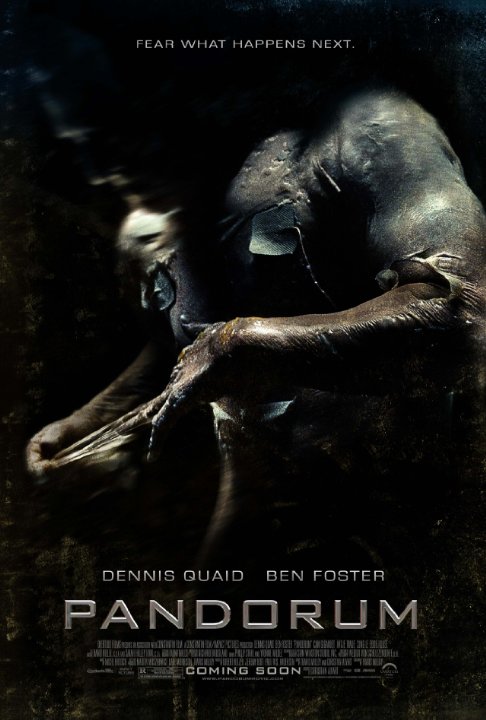 Two of the flight crew of the deep space colonisation ship Elysium wake from hibernation with no memory of their mission and find their ship derelict and inhabited by vicious, flesh eating creatures. Event Horizon meets The Descent in this hokey sci-fi horror from the Paul W. S. Anderson school of film making. It came as no surprise to find his name on the production credits because this is EXACTLY the kind of SFX heavy, video-game plotted creature feature he has made his name upon. Like many of his films, the production design and set pieces are quite well executed and it is atmospherically shot, but the plot and characters are benched for the sake of contrived races against time and pointless man vs monster smackdowns. I do have a soft spot for this kind of Twilight Zone inspired sci-fi and I must admit it is entertaining while you are trying to work out what the "big plot twist" is going to be, but like the similar Sunshine, the ending is a let down and feels like a big, fat "So what?". Far from the worst of its type however (Doomsday springs to mind), and if you like this type of thing you could do worse.