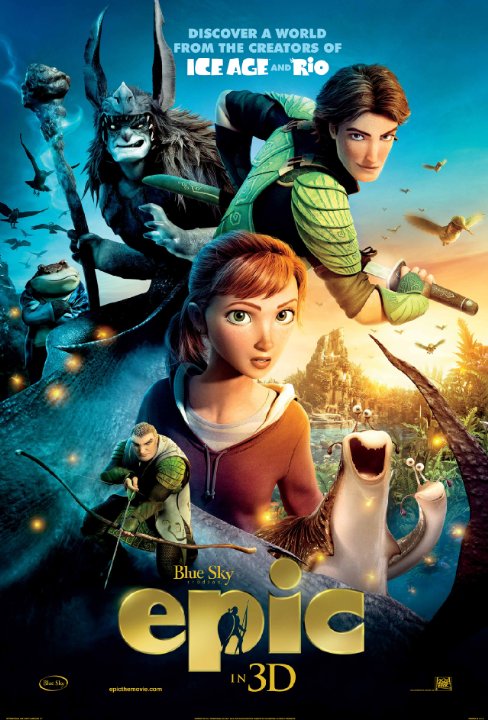 Wedge known for epic films (Ice Age), made an epic mistake here. First of all, where is the plot? I could consider a plot base (Bud by queen, facing the moon light to grow the forest again.), but where is the development? Is this epic-ness ? Miniature effect : Wedge projects his world as small well known creatures. Microscopic creatures donât strike any good here. Hell bad as the script. Emotional tone : Itâs really very hard to accept the fact that, emotions in this film did not prove even good. Why does small creatures donât have feelings? Wedge attempt is lukewarm. Visuals: Nothing, clap worthy, but neither bad. Quite fine. But again, not epic. Voice overs : Quite okay, not bold. Let me get it straight. What was the intention to film this? Havenât we seen creatures before. Nothing really charming. Action : Hardly engaging, quite predictable.

Wedge fails to keep the interest. Hence he throws up romance, but alas, it didnât work my friend. Never seemed such boring, but hardly manages to keep you awake. Visually nothing new, just too small to feel. I barely give credit to some father-daughter relation, but having Chris Wedge, did I expect such a mediocre stuff? Bare it, it did occur. My final take, is mediocre elements dominate the passable stuff. Wedge needs to learn a lesson now. Donât misguide audience with title like that. You, and every one know that, this film is an exaggerated pack with no outcomes. A paltry. A clean joke of its kind.