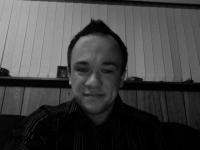 Film I Love: The Fountain