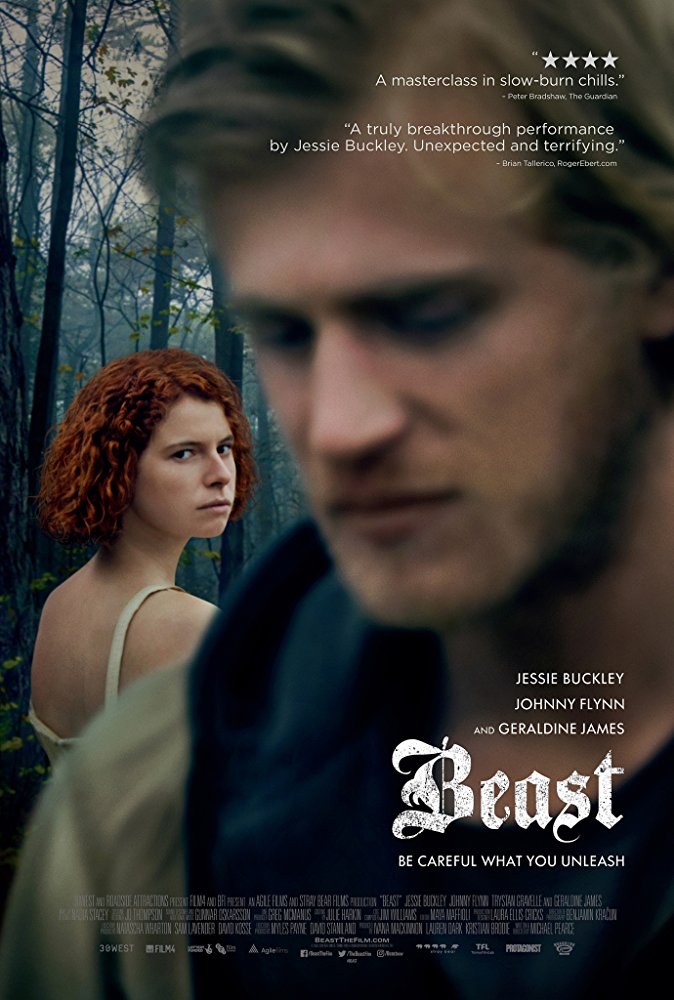 Plot: A troubled woman living in an isolated community finds herself drawn to a stranger in town. But even as she unwinds from the grip of her oppressive family, she must come to terms with the fact this secretive outsider may be responsible for a series of brutal murders. -- Chris Kavan

"Beast" delivers something almost Hitchcockian, but sadly comes up short.

A Thin Line Between Man and Beast

A series of murders has rocked a small, island community as a young woman struggles to find a place where she feels accepted, being drawn to another kindred soul - but both share much more than not fitting in - a darkness that lurks under the surface, waiting to be unleashed.

Michael Pearce directs his first full-length feature, and uses the basis of an actual crime (The Beast of Jersey) as well as shooting on location on the Isle of Jersey (where he lived at one time) to craft this small-town thriller that is as haunting as it is powerful. While the film's pace may be a bit slow at times, it's made up for by the standout performances from Jessie Buckley and Johnny Flynn.

Buckley is the black sheep of her family, Moll, working as a tour guide for the small island while living in …

No posts have been made on this movie yet. Be the first to start talking about Beast!