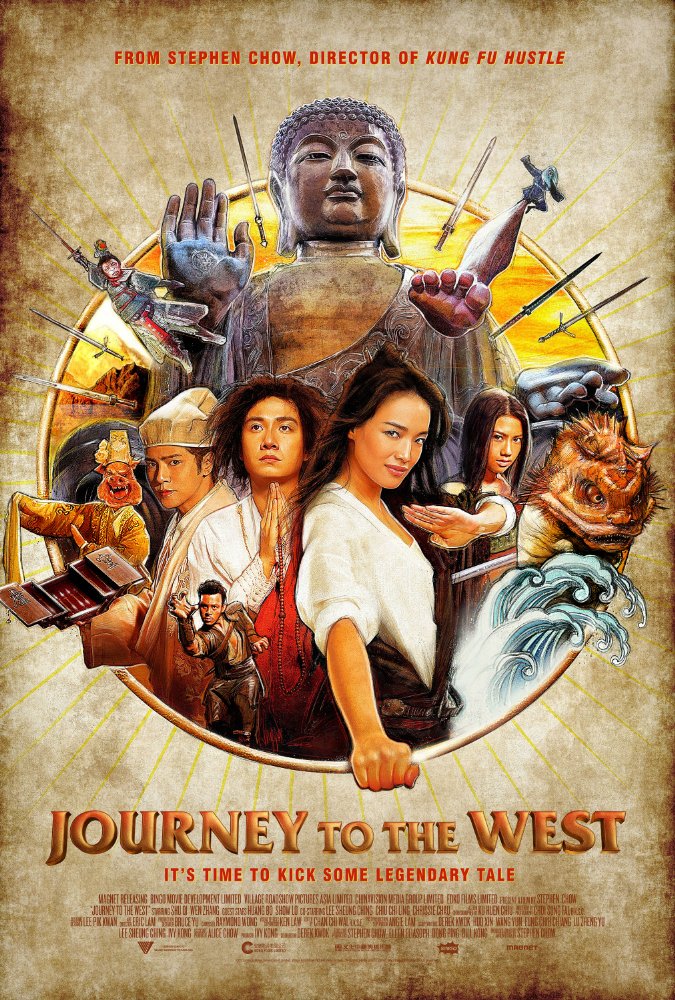 Plot: Tang Sanzang is a Buddist who finds himself having to protect his village when a trio of demons shows up. While coming up with a plan, he finds himself falling for demon hunter Miss Duan and having an life-altering revelation when he meets up with the fabled Monkey King. -- Chris Kavan

There is no other director quite like Stephen Chow. I consider Kung Fu Hustle to be one of the most original films I have seen - a mixture of comedy, action a little bit of romance and having faith in yourself. Journey to the West takes a lot of those same themes and just gives it a bigger budget and bigger stage - but make no mistake, even though Chow doesn't act in this one, his spirit is alive and well and it doesn't surprise me this became a massive hit in his home country of China.

I'm not a scholar of Eastern mythology, though names like The Monkey King are not unknown to me. What Chow has done is taken a very popular Eastern legend and put his own unique twist on it. We open on a small river village - a father attempting to scare (and then cheer up) his daughter it violently …

Cherished Chinese Films I Have Seen by Chris Kavan

No posts have been made on this movie yet. Be the first to start talking about Journey to the West: Conquering the Demons ( Xi you xiang mo pian )!