Uncharted (2022) Street-smart thief Nathan Drake (Tom Holland) is recruited by seasoned treasure hunter Victor "Sully" Sullivan (Mark Wahlberg) to recover a fortune lost by Ferdinand Magellan 500 years ago. What starts as a heist job for the duo becomes a globe-trotting, white-knuckle race to reach the prize before the ruthless Moncada (Antonio Banderas), who believes he and his family are the rightful heirs. 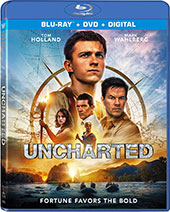 Dog (2021) A buddy comedy that follows the misadventures of two former Army Rangers paired against their will on the road trip of a lifetime. Army Ranger Briggs (Channing Tatum) and Lulu (a Belgian Malinois dog) buckle into a 1984 Ford Bronco and race down the Pacific Coast in hopes of making it to a fellow soldierâs funeral on time. 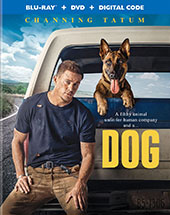 One of the crowning achievements of blacklisted Hollywood director Joseph Loseyâs European exile, the spellbinding modernist mystery "Mr. Klein" (1976 - France) puts a chilling twist on the wrong-man thriller. Alain Delon delivers a standout performance as Robert Klein, a decadent art dealer in Paris during World War II who makes a tidy profit buying up paintings from his desperate Jewish clients. As Klein searches for a Jewish man with the same name for whom he has been mistaken, he finds himself plunged into a Kafkaesque nightmare in which his identity seems to dissolve and the forces of history to close in on him. 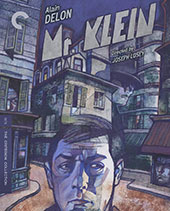 Met with considerable controversy on its release for its portrayal of the real-life wrongdoings of the Vichy government, this haunting, disturbingly beautiful film shivers with existential dread as it traces a societyâs descent into fascistic fear and inhumanity. On Blu-ray, with new 4K digital restoration, with uncompressed monaural soundtrack. From The Criterion Collection. Read more here.

In Lockdown (2022), starring Michael ParÃ©, Bai Ling, Michael Wainwright and Scott Engrotti, chaos reigns in Los Angeles when three criminals, led by a psychotic mastermind named McMasters, takes over a police station and threaten to kill everyone in it unless a large ransom is paid. FBI special agent Roger Kinkaid (Pare) uses his extensive knowledge in a bid to outwit the criminals and save the hostages. From Lionsgate. Read more here ... In Clean (2021), starring Adrien Brody, Glenn Fleshler, Richie 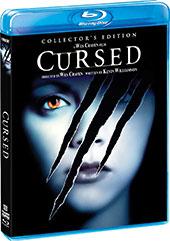 Merritt, Chandler Ari DuPont, Mykelti Williamso, RZA and Michelle Wilson, garbage man Clean (Brody). tormented by his past life, attempts a life of quiet redemption. But when his good intentions mark him a target of a local crime boss (Fleshler), Clean is forced to reconcile with the violence of his past. On DVD, Blu-ray, from RLJE Films ... In Cursed (2005), starring Christina Ricci, Joshua Jackson, Jesse Eisenberg, Judy Greer and Milo Ventimiglia, a werewolf loose in Los Angeles changes the lives of three young adults who, after being mauled by the beast, learn that the only way to break the curse put upon them is to kill the one who started it all. Directed by horror master Wes Craven and written by Kevin Williamson. New 4K scans of the original camera negative of both theatrical and uncut versions. In a Collector's Edition Blu-ray debut from Scream Factory.

Playground (2021 - Belgium) is Belgiumâs official shortlisted Oscar, a winner of Un Certain Regard at Cannes 2021, and holds a 100% Rotten Tomatoes score. In this debut feature by writer-director Laura Wandel, the everyday reality of grade school is seen from a child's-eye-view as an obstacle course of degradation and abuse. Following 7-year-old Nora and her big brother Abel, we see Nora struggling to fit in before finding her place on the schoolyard. One day, she notices Abel being bullied by other kids, and though she rushes to protect him by warning their father, Abel forces her to remain silent, while he endures more 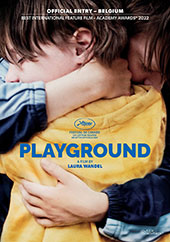 humiliation and harassment by his peers. From Film Movement. Read more here ... Indemnity (2021 - South Africa), starring Jarrid Geduld, Gail Mabalane and Andre Jacob, is a thriller that follows a South African ex-firefighter in Cape Town who is forced to fight for his life after being accused of murdering his wife. As he struggles to survive, connections are revealed between his past, the origin of his PTSD, the mysterious death of his wife, and a government conspiracy with terrifying implications.On DVD, Blu-ray, from Magnolia Home Entertainment's Magnet Label ... Year of the Jellyfish (1984 - France), starring Valerie Kaprisky, Caroline Cellier, Bernard Giraudeau and Jacques Perrin, is a French Eurotrash cult classic. Set in Saint Tropez during mid-summer, this darkly biting coming-of-age story is a tale of obsession and sexual desire. A young woman (Kaprisky) vacations in an upscale beach resort with her mother, where it becomes clear that a layer of secrets and jealousy lay beneath the sundrenched paradise. In a Blu-ray debut from Cohen Film Collection.

a-ah a-ah: The Movie (2021): The music of Queen and the Velvet Underground instilled a sense of destiny in three teenagers living in 1970s Norway. That dream led to a-ha: featuring keyboardist Magne Furuholmen, vocalist Morten Harket, and guitarist PÃ¥l Waktaar-Savoy. "Take on Me" was one of the biggest pop songs ever made and made these teens global superstars. 36 years and 50 million albums later, a-ha still sells out arenas 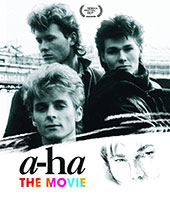 worldwide - but can they mend broken friendships to get on stage and create new music still? Everybody remembers the iconic video, but most Americans don't know that there have been 10 studio albums and five live albums since their debut. "a-ha -The Movie" follows the band over their entire career, telling the full story of how three young men followed their impossible dream of becoming worldwide pop stars and what happened after that. a-ha still creates magic on stage with their melancholic and timeless music. They tour the world but drive in separate cars and stay apart backstage. They only meet on stage, while doing the one thing they love. The film closely portrays the challenging creative and personal dynamics of a group of three strong individuals. A story of great music, big ambitions, broken friendship - and maybe forgiveness. On DVD, Blu-ray, from Lightyear Entertainment.

Kin: Season 1 (2021) is a two-disc set with all eight episodes. In the debut season of "Kin," a boy is killed and his family embarks on a gangland war with an international cartel - a war that is impossible to win. But the Kinsellas have something the cartel does not: the unbreakable bonds of blood and family. On DVD, Blu-ray, from RLJE Films.