Blacklight (2022) Travis Block (Liam Neeson) lives and fights in the shadows. A freelance government âfixer,â Block is a dangerous man whose assignments have included extracting agents out of deep-cover situations. He knows his hands are dirty, but heâs aiming to change. When an agent is killed after infiltrating a group espousing violent societal upheaval, Block discovers a shadowy program called Operation Unity is striking down ordinary citizens for reasons known only to Blockâs boss, FBI chief Robinson (Aidan Quinn). As Block gets closer to the truth, 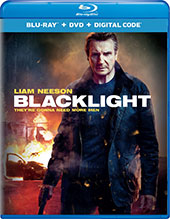 he enlists the help of a journalist (Emmy Raver-Lampman), but his past and present collide when his daughter and granddaughter are threatened, and in saving them, he could save himself. Now, Block needs to rescue the people he loves and expose the truth for a shot at redemption. Vitals: Director: Mark Williams. Stars: Liam Neeson, Emmy Raver-Lampman, Taylor John Smith, Aidan Quinn. 2021, CC, MPAA rating: PG-13, 144 min., Thriller, North American box office gross: $9.951 million, worldwide $15.336 million, Universal. Formats: DVD, Blu-ray/DVD Combo + Digital Code, VOD, Digital. Extras: "Blacklight: Behind the Scenes,"Shooting Blacklight." Read more here

The Outfit (2022) Leonard (Mark Rylance), a master English tailor who's ended up in Chicago, operates a corner tailor shop with his assistant (Zoey Deutch) where he makes beautiful clothes for the only people around who can afford them: a family of vicious gangsters. One night, two killers (Dylan O'Brien, Johnny Flynn) knock on his door in need of a favor - And Leonard is thrust onto the board in a deadly game of deception and murder. 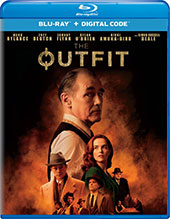 When a group of contestants come together to take part in a competition held in a virtual reality realm ruled by dinosaurs, shifting alliances and jockeying for victory become secondary to the ultimate goal: to survive at all costs. Welcome to "Dinosaur World" (2021)... an eye-popping place where anything can happen ... and the life-and-death stakes are all too real. Stars Xing Yu, Steven He, Mike Pu, Phuong Kubacki and Billie D. Merritt. On DVD, Blu-ray, from Shout! Factory. Read more here.

In "Bloody Oranges" (2021 - France), starring Alexandre Steiger, Christophe Paou and Lilith Grasmu, a retired couple enter a dance contest, a corrupt politician, a girl eager to lose her virginity, and a young lawyer obsessed with social status - a seemingly benign look into these daily lives goes haywire in this shocking black comedy. From Dark Star Pictures ... In "Gagarine" (2022 - France), starring Alseni Bathily, Lyna Khoudri, Jamil McCraven, Finnegan Oldfield, Farida Rahouadj and Denis Lavant, Yuri, 16, has lived all his life in Gagarine Towers, a vast red brick housing project on the outskirts of Paris. From the heights of his apartment, he dreams of becoming an astronaut. But when plans to demolish his communityâs home are leaked, Yuri joins the resistance. With his friends Diana and Houssam, he embarks on a mission to save Gagarine, transforming the estate into his own âstarship.â On DVD, Blu-ray, from Cohen Media Group.

In Turning Red (2022), with the voices of Rosalie Chiang, Sandra Oh, Ava Morse, Hyein Park, Wai Ching Ho, Tristan Allerick Chen, Lori Tan Chinn, Mia Tagano, Sherry Cola, Lillian Lim and James Hong, Mei Lee (Chiang), a confident, dorky 13-year-old, is torn between staying her mother's dutiful daughter and the chaos of adolescence. Her protective, if not slightly overbearing mother, Ming (Oh), is never far from her daughter - an unfortunate reality for the teenager. And as if changes to her interests, relationships and body weren't enough, whenever she gets too excited (which is practically ALWAYS), she "poofs" into a giant red panda. Disney and Pixar's latest family animated adventure. On DVD, Blu-ray/DVD Combo, from Disney. 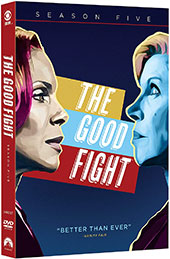 "The Good Fight: Season Five" (2021) is a three-disc set with all 10 episodes. In the latest season, Diane (Christine Baranski) is forced to question whether itâs appropriate for her to help run an African American law firm with Liz (Audra McDonald) when the firm loses two of its top lawyers. Meanwhile, Marissa (Sarah Steele) and the firm become entangled with Hal Wackner, a regular Chicagoan who decides to open his own courtroom in the back of a copy shop. From CBS Home Entertainment/Paramount.