THIS WEEK'S BEST BETS:
In the definitive Spaghetti Western "Django" (1966 -- Italy), Franco Nero gives a career-defining performance as Django, a mysterious loner who arrives at a mud-drenched ghost town on the Mexico-US border, ominously dragging a coffin behind him. After saving imperiled prostitute Maria (Loredana Nusciak), Django becomes embroiled in a brutal feud between a racist gang and a band of Mexican revolutionaries. With "Django," director Sergio Corbucci upped the 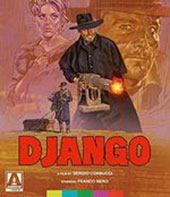 ante for sadism and sensationalism in Westerns, depicting machine gun massacres, mud-fighting prostitutes and savage mutilations. A huge hit with international audiences, "Django's" brand of bleak nihilism would be repeatedly emulated in a raft of unofficial sequels. The film is presented here in an exclusive new restoration with a wealth of extras including the newly restored bonus feature "Texas Adios," which also stars Franco Nero, and was released as "Django 2" in several territories. New restoration from a 4K scan of "Django" from the original camera negative; new restoration from a 2K scan of "Texas Adios" from the original camera negative. On Blu-ray and Blu-ray Steelbook. Includes six double-sided collectorâs postcards; double-sided fold-out poster; limited edition 60-page perfect-bound book featuring new writing on the film by Howard Hughes and Roberto Curti, and original reviews; reversible sleeve featuring original and newly commissioned artwork by Sean Phillips; and much, much more. From Arrow Video/MVD Entertainment ... 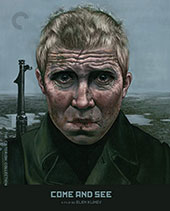 " (1985 -- USSR), the legendary film from Soviet director Elem Klimov, is a senses-shattering plunge into the dehumanizing horrors of war. As Nazi forces encroach on his small village in Belorussia, teenage Flyora (Alexei Kravchenko, in a searing depiction of anguish) eagerly joins the Soviet resistance. Rather than the adventure and glory he envisioned, what he finds is a waking nightmare of unimaginable carnage and cruelty -- rendered with a feverish, otherworldly intensity by Klimovâs subjective camera work and expressionistic sound design. Nearly blocked from being made by Soviet censors, who took seven years to approve its script, "Come and See" is perhaps the most visceral, impossible-to-forget antiwar film ever made. On DVD, Blu-ray, with new 2K digital restoration by Mosfilm, with uncompressed monaural soundtrack on the Blu-ray. From The Criterion Collection.

" (2019), starring Emile Hirsch, Kate Bosworth, Mel Gibson, David Zayas, Stephanie Cayo, Will Catlett, Swen Temmel, Tyler Jon Olson and Jorge Luis Ramos, is an action-thriller takes place during a violent Category 5 hurricane. As disgraced cop Cardillo (Hirsch) races to evacuate an apartment building, he comes across Dr. Troy (Bosworth) and her retired detective father, Ray (Gibson). When a murderous gang of thieves arrives to rob a wealthy tenant, they must join forces to battle the criminals and escape with their lives before the entire city is deep underwater. On DVD, Blu-ray, from Lionsgate ... In 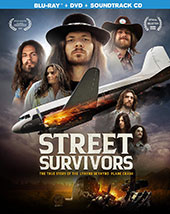 In "Street Survivors: The True Story of the Lynyrd Skynyrd Plane Crash

" (2020) a plane carrying Southern rock legends Lynyrd Skynyrd mysteriously runs out of gas mid-air en route to a concert in 1977, crashing into a dangerous Mississippi swamp while killing several of the band members, crew and both pilots. This dramatization tells the story through one of the survivors, drummer Artimus Pyle, who not only survived the fatal crash (that claimed the life of the band's founder and front man Ronnie Van Zant amongst others), but who also bravely pulled the remaining survivors out of the plane wreckage before staggering towards the nearest farmhouse in rural Mississippi to seek help. Stars Ian Shultis, Sean McNabb, Tom Jenkins, Kelly Lynn Reiter, Anthony Traina and Mark Dippolito. On DVD, Blu-ray, from Cleopatra Entertainment/MVD Entertainment ... Italian writer/director Umberto Lenzi helmed popular peplums, created extreme poliziotteschi, and invented the Italian cannibal phenomenon. Hollywood actress Carroll Baker was the Golden Globe winning/Academy Award nominated star of "Baby Doll," "Giant" and "The Carpetbaggers." Together in the late â60s/early â70s, they made four landmark films that changed the erotic thriller and Giallo genres forever. For the first time, here's the complete "The Complete Lenzi/Baker Giallo Collection 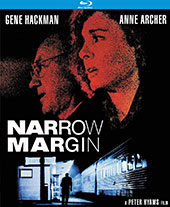 (Special Edition)" (1990): From Peter Hyams, the writer-director of "Busting," "Capricorn One," "Outland," "The Star Chamber" and "2010," comes this suspenseful remake of the classic 1952 film noir. Screen legend Gene Hackman stars as an L.A. District Attorney attempting to take an unwilling murder witness (Anne Archer) back to the United States from Canada to testify against a top-level mob boss. Frantically attempting to escape two deadly hitmen sent to silence her, they board a Vancouver-bound train only to find the killers are onboard with them. For the next 20 hours, as the train hurls through the beautiful but isolated Canadian wilderness, a deadly game of cat and mouse ensues in which the ability to tell a friend from foe is a matter of life and death. James B. Sikking, J.T. Walsh, M. Emmet Walsh, Susan Hogan and Harris Yulin co-star in this action-packed thriller. In a brand new 4K master. On Blu-ray from Kino Lorber Studio Classics ... 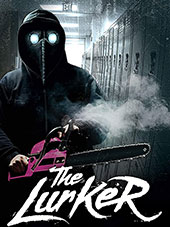 " (2019), starring Scout Taylor-Compton, Naomi Grossman, Ari Lehman and Adam Huss, a group of high school students, celebrating their final performance of "Romeo and Juliet," begin to slowly disappear one at a time. As students and faculty begin to die, itâs a race against time for the cast to find the killer and escape with their lives or face their final curtain call. From Indiecan Pictures ... "Four Kids and It

" (2020), starring Paula Patton, Matthew Goode, Russell Brand, and the voice of Michael Caine, is based on iconic childrenâs author Jaqueline Wilsonâs "Four Children and It," and is a modern twist based on E. Nesbitâs 1902 classic "Five Children and It." On a seaside holiday, four kids from a blended family visit the beach, where they discover a floppy-eared creature that grants their wishes. But thereâs a catch: the kidsâ adventures in rock-climbing, pop stardom, and flying end promptly at sunset â leaving them in danger each time. Can they learn to control the magic before something dreadful happens? On DVD, Blu-ray, from Lionsgate.

Based on true events that took place at the outset of the Georgian Civil War in 1992, the drama "Dede

" (2018 -- Georgia), starring Natia Vibliani, Nukri Khachvani and George Babluani. takes place in the rural and isolated community of Svaneti, where a Caucasus Mountain people far removed from the modern world live, a patriarchal society that revolves around forced 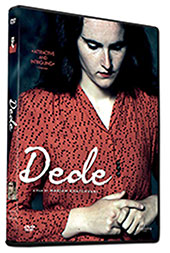 marriages, pride and a tradition that dictates the code of daily life. Dina is a young woman promised by her draconian grandfather to David, one of the soldiers returning from the war. Once a marriage arrangement is brokered by two families, failure to follow through on the commitment is unthinkable. Unfortunately, Dina finds herself unable to love her fiancÃ©e, and instead falls for his handsome friend, Gegi, who saved David's life during the war. Humiliated after she reveals her true feelings, David attempts to kill his friend, but fails, and takes his own life rather than lose face. Dina is rattled, but relieved at the same time and quickly marries Gegi. The pair then flee the village and attempt to make a new life in a nearby community, but the ill sentiment harbored by David's family doesn't subside any more quickly than the harsh, unforgiving conditions that are an ever present part of life in Svaneti. From Corinth Films.

" (2020) charts the 54-year career of the pioneering female rocker, positioning Suzi as the trailblazer and inspiration for a generation of women who were to follow after her in the next decade, but whose trailblazing status was not sufficiently recognized by the music industry and contemporary audiences, especially in North America. "SUZI Q" reminds contemporary audiences of her pioneering influence, white-hot talent and string of incandescent rock hits, like "Can The Can," "48 Crash" and "Daytona Demon" that were the vehicle for her explosion of gender stereotypes in rock n roll, rewriting the rule book for the expected image of women in rock music and reaching millions of people worldwide in the process. On DVD from Utopia Distribution. Due July 3.

"Evil: Season One" (2019) is a three-disc set with all 13 episodes. A psychological mystery that examines the origins of evil along the dividing line between science and religion. Thatâs the mysterious â and dangerous â line explored by skeptical psychologist Kristen Bouchard (Katja Herbers) when she teams up with priest-in training David Acosta (Mike Colter) 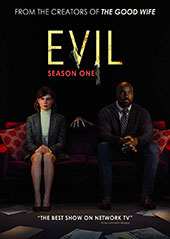 to explore the evil humanity is capable of. Together, they dive into the Catholic Churchâs files of occult phenomena to bring them to rational conclusionsâ¦ or attempt to. Angel sightings, demonic possessions, prophecies and conspiracies will test their faiths and push them to their limits as they learn that the worldâs darkness may run deeper than they ever thought possible. From CBS/Paramount ... In " Miss Fisher and the Crypt of Tears" (2020), Phryne Fisher embarks on an exhilarating new journey of mystery and mayhem through exotic 1920s British Palestine and the opulence of grand London manors. Fisher frees a Bedouin girl, Shirin Abbas from unjust imprisonment in late 1920s Jerusalem, and unravels a wartime mystery concerning priceless emeralds, ancient curses and the truth behind the suspicious disappearance of Shirinâs forgotten tribe. Partially crowd-funded by the seriesâ die-hard fans. On DVD, Blu-ray, from Acorn Media.