THIS WEEK'S BEST BETS:
Passion brews quietly between an artist and her subject, until they together create a space in which it can briefly flourish, in "Portrait of a Lady on Fire" (2019 -- France), a sumptuous 18th-century romance from CÃ©line Sciamma, one of contemporary French cinemaâs most acclaimed auteurs. Summoned to an isolated seaside estate on a secret assignment, Marianne (NoÃ©mie Merlant) must find a way to paint a wedding portrait of HÃ©loÃ¯se (AdÃ¨le Haenel), who is resisting chattel marriage, by furtively observing her. What unfolds in exquisite tension is an exchange of sustained gazes in which the two women come to know each otherâs gestures, 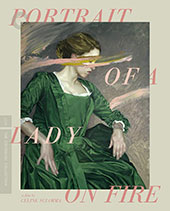 expressions, and bodies with rapturous intimacy, ultimately forging a subversive creative collaboration as well as a delirious romance. Charged with a yearning that almost transcends time and space, "Portrait of a Lady on Fire" mines the emotional and artistic possibilities that emerge when women can freely live together and look at one another in a world without men. Portrait of a Lady on Fire

is on DVD and Blu-ray with a new director-approved 4K digital master, with 5.1 surround DTS-HD Master Audio soundtrack on the Blu-ray. From The Criterion Collection ... Also from Criterion is a Blu-ray edition and new DVD of the long out-of-print "Tokyo Olympiad

" (1965 -- Japan). A spectacle of magnificent proportions and remarkable intimacy, Kon 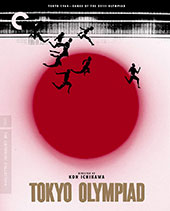 Ichikawaâs documentary remains one of the greatest films ever made about sports. Supervising a team of hundreds of technicians using more than a thousand cameras, Ichikawa captured the 1964 Summer Games in Tokyo in glorious widescreen images, using cutting-edge telephoto lenses and exquisite slow motion to create lyrical, idiosyncratic poetry from the athletic drama surging all around him. Drawn equally to the psychology of losers and winners -- including legendary Ethiopian marathoner Abebe Bikila, who receives the filmâs most exalted tribute -- Ichikawa captures the triumph, passion, and suffering of competition with a singular humanistic vision, and in doing so effects a transformative influence on the art of documentary filmmaking. The Blu-ray has a new 4K digital restoration, with uncompressed monaural soundtrack.

In stark contrast to the monochrome naturalism of his earlier masterwork "Bloody Spear at Mount Fuji," visionary master director Tomu Uchida took inspiration from Bunraku and kabuki theater for arguably his strangest and most lavishly cinematic film, "The Mad Fox

" (1962 -- Japan). Amidst a mythical medieval Japan, a court astrologer foretells a great disturbance that threatens to split the realm in two. His bitter and treacherous wife conspires to have the astrologer killed, as well as their adopted daughter, Sakaki. The astrologer's 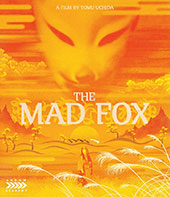 master apprentice, Yasuna, who was in love with Sakaki, is driven mad with grief and escapes to the countryside. There, he encounters Sakaki's long-lost twin, Kuzunoha, and the pair meet a pack of ancient fox spirits in the woods, whose presence may be the key to restoring Yasuna's sanity, and in turn bringing peace to the fracturing nation. Finally available outside Japan for the first time, Uchida's stunning, wildly stylized widescreen tableaux - using expressionist sets and color schemes - are highlighted in a world premiere Blu-ray release. Brand new restoration by Toei. Formats: Blu-ray. Extras: Brand new audio commentary by Japanese cinema expert Jasper Sharp, recorded exclusively for this release; original theatrical trailer; image gallery; reversible sleeve featuring original and newly commissioned artwork by Matt Griffin; FIRST PRESSING ONLY: Illustrated collector's booklet featuring new writing on the film by Ronald Cavaye and Hayley Scanlon. From Arrow Video/MVD Entertainment ... In "A Good Woman is Hard to Find

" (2019 -- UK), starring Sarah Bolger, Edward Hogg, Andrew Simpson, Jane Brennan and Caolan Byrne, Sarah Collins (Bolger) is a single mother struggling to raise two young children while searching for answers about the unsolved murder of her husband. After being coerced into helping a low-level drug dealer, she finds herself the target of a dangerous crime boss. Desperate to keep her family safe, Sarah turns the tables on her victimizers in one final act of brutal vengeance. Set in the dark underbelly of Northern Ireland. From Film Movement ... When misfits Barry and Evan design their ideal woman as a robot "Sex and the Future

" (2020), they realize a fortune could be made if they had the money to mass produce their prototype. A wealthy prince soon finds out about their invention and the three hatch a plan to rule the world and change sex and the future. If life were that simple. Stars Ellie Patrikios, Torrey Richardson and Janet Lopez. From Indican Pictures ... A young bride-to-be's anxieties over her upcoming wedding take on a horrifying, demonic form in this underseen 1988 "rubber reality" shocker "Dream Demon 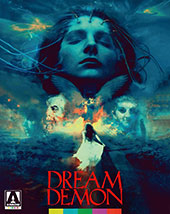 war hero Oliver draws near, well-heeled Diana moves into her sprawling new London home where she starts to experience strange and terrifying nightmares. But are these blood-curdling night terrors merely the symptom of an unsettled mind, or the sign of something far sinister at work? Hounded by a pair of sleazy journalists (Spall and Jimmy Nail), Diana soon crosses paths with American tourist Jenny, who appears to have a strange connection to the foreboding house and its sinister past. Long dormant on home media since its original VHS release, "Dream Demon" - a terrific blend of psychological horror and late 80s practical gore effects - has at long-last been stirred from its analogue slumber. Brand new 2K restoration from the original camera negative, supervised and approved by director Harley Cokeliss. Includes Directorâs Cut and Original Theatrical Version. From Arrow Video/MVD Entertainment ... "Powerbomb

" (2019), starring Matt Cross, Wes Allen, Cash Allen, Britt Baker, Roni Jonah and Aaron "Pants" Sechrist, is an indie horror thriller about a wrestling fan who takes things too far when he kidnaps and tortures one of his idols in order to make him a better wrestler. From Indiecan Pictures.

" (2016 -- Switzerland), late at night, child psychologist Eliane Hess is called to the hospital to take care of Yves, an 8-year-old boy, who has just lost his parents and siblings in a car accident. Eliane is both shocked and curiously drawn to the 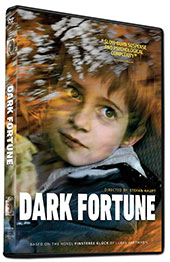 traumatized boy. As time goes by, she loses her professional distance to the patient, and when Yves' relatives begin a heavy dispute about the boy's future, Eliane makes an unorthodox decision, that throws her life off track. From Corinth Films ... There's romance and rebellion in "And Then We Danced

" (2019 -- Georgia, Sweden), a passionate tale of love and liberation set amidst the conservative confines of modern Georgian society. The film follows Merab, a devoted dancer who has been training for years with his partner Mary for a spot in the National Georgian Ensemble. The arrival of another male dancer, Irakli -- gifted with perfect form and equipped with a rebellious streak -- throws Merab off balance, sparking both an intense rivalry and romantic desire that may cause him to risk his future in dance as well as his relationships with Mary and his family. On DVD, Blu-ray, from Music Box Films ... In "The Perfect Nanny

" (2019 -- France), Myriam and Paul are your typical pair of bourgeois Parisian parents of two young children, toddler Adam, and 5-year-old Mila, who are taking up all of Myriamâs time. When Myriam decides to go back to work despite her husbandâs initial reluctance, the couple starts looking for a nanny. After a very selective process, they finally 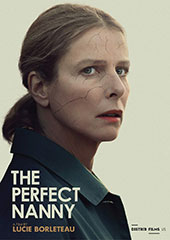 find the perfect candidate, Louise, a poised 40-year old woman who is an instant hit with both kids and parents. The couple soon learns, however, that appearances can be deceiving.From Icarus Films ... Jan Komasa's acclaimed feature "Corpus Christi

" (2019 -- Poland) -- nominated for the 2020 Academy Award for best international film -- is a powerful, provocative drama about religion, faith and redemption. After spending years in a Warsaw prison for a violent crime, 20-year-old Daniel is released and sent to a remote village to work as a manual laborer. The job is designed to keep the ex-con busy, but Daniel has a higher calling. Over the course of his incarceration he has found Christ, and aspires to join the clergy - but his criminal record means no seminary will accept him. When Daniel arrives in town, one quick lie allows him to be mistaken for the town's new priest, and he sets about leading his newfound flock. Though he has no training, his passion and charisma inspire the community. At the same time, his unconventional sermons and unpriestly behavior raise suspicions among some of the townsfolk - even more so as he edges towards a dark secret that the community hasn't revealed in the confessional booth. Inspired by true events. On DVD, Blu-ray, from Film Movement.

"South Park: The Complete Twenty-Third Season" (2019) is a two-disc set with all 10 episodes. This uncensored collector's edition is all about "Tegridy," featuring the 300th episode of the series. Join Stan, Kyle, Cartman, Kenny, and Randy as they explore the wonders of the human biome, tackle the consequences of immigration, and get banned in China. The season includes fan-favorite characters Randy and Towelie, the PC Babies, Scott Malkinson, and different theme songs for almost every episode, a first for the series. Formats: DVD, Blu-ray. From Paramount ... "Stuck With You" (2020) is a single disc with all six episodes. At first glance, Candace and Luvell seemed like the perfect story storybook couple. The marriage of the former R&B princess and Hollywoodâs leading man was envied by all, especially after the release of their hit tell-all relationship book. But while their careers were being catapulted to new heights overnight, their model marriage was falling apart. Ultimately, they agree that the best way to protect their brand and status as the âitâ couple is to hold off on a divorce and live separate lives ... while under one roof. From UMC.