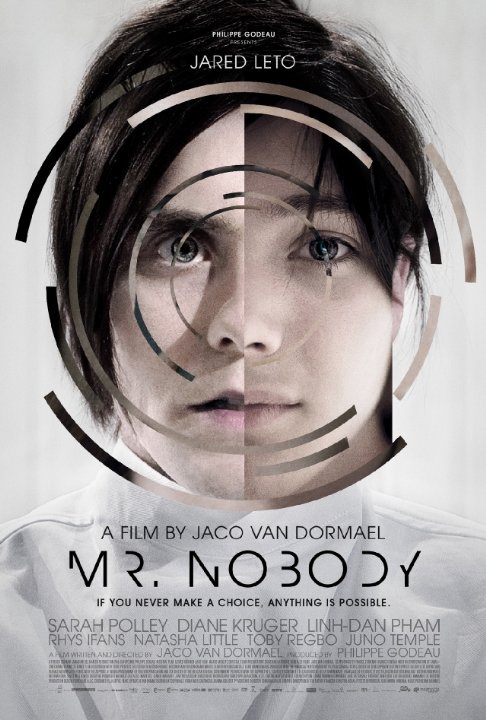 In the future, Nemo Nobody is a 118-year-old man is interviewed by Dr. Feldheim. Though its intent is good the minor flaw this picture had was the myriad versions of Nemo, which was a bit of an overkill and over extended love sequences. The Butterfly Effect had more engaging and funny moments though this flick had better special effects while using documentary style of shooting the explanations about life, time, bacteria and more. Jared Leto can definitely hold is own, much more entertaining than the popular lead from In Time.

The set for 2029 was magnificent and picturesque and soundtrack wonderful. Screenplay was thought-provoking with quotes: Nemo - "You have to make the right choice. As long as you don't choose, everything remains possible." "It should be written on every school chalkboard, 'Life is a playground or nothing." Jean "There comes a time in life where everything seems narrow. Choices have been made." Mr. Nobody is a fantastic sci-fi drama that well represents choices, anything is possible and how things work while we are still living