ikkegoemikke's Movie Review of The Boy (2015) 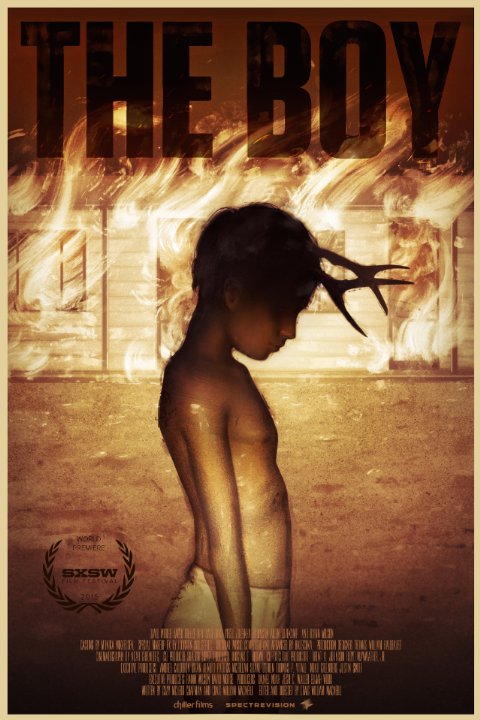 "Your wife is nothing but a pile of dirt now."

Couldn't you fall asleep the last few nights ? Or you just finished a heavy night shift ? Or those nagging rascals at home are driving you bananas all day ? In other words, you are completely groggy and you long for a good rest, then you definitely shouldn't watch "The Boy" because I guarantee you that you'll be dozing off. This psychological thriller (and certainly not horror) about a would-be psychopath in the making is eerie slow and creepy boring at the same time. Before a witch hunt is being unleashed against my little person, let me mention briefly that I really understood (probably) the initial intention of this film (which is surely successful when it comes to the images used). Although you could interpret it in different ways.

Perhaps the film was set up in such a way that the monotonous, isolated and lonely life of Ted played a central role. A boring and daily routine without any expectations of improvement. Hence the recurrent slow still lifes and moments. The hoisting of a car is shown in detail, sheriff Whit looking at the motel in his patrol car patiently for a long period and especially Ted apparently accepting his fate and looking at the distant horizon all the time. Or maybe, Ted is devising an ingenious plan so he can get out of this hopeless situation? Are all carefully executed actions a part of that larger plan? And a good plan obviously needs a precise preparation. Or is it simply the story of a teenager growing up and wandering around unsupervised in the vicinity of the motel? A tedious daily struggle where he tries to amuse himself by collecting rubbish that he discovers here and there and collecting squashed carcasses of animals who tried to cross the road. Or are we really witnessing the slow birth of a psychopath who is fascinated by death? Personally, I think it's a mix of all this.

There isn't really much happening in "The Boy". It takes almost an hour and a half before the demonic part is unleashed (slightly exaggerated terminology). It's also a fiery apotheosis in which one can assume that the meticulously prepared plan (if there was one) has the perfect result. But I'm afraid that the animal rights activists will make more fuss about this film. It isn't really exciting and calling Ted a real psychopath is also a bit exaggerated. The tension is a kind of playing-the-lottery tension, as I call it. You wait anxiously for the result, but you're always disappointed because the outcome is absolutely nothing. The same thing happens in "The Boy". There are moments where you expect it will finally begin. But eventually you just sit there unsatisfied while the story continues calmly. It seems like an art-house psychological thriller filled with placebo scares.

What remains are the magnificent snapshots and beautiful renditions. Jared Breeze as Ted, who's on his own, has an innate naturelle. There's not a moment you feel as if he's acting. It looks like he's just using stuff that happened in his personal, young life. David Morse as the melancholy, boozing father who realizes that the day will come that his son leaves for California to find his mother. A beautiful, demure rendition. And Rainn Wilson as the unfortunate traveler who stranded in that deserted place after a rough collision with an animal. The friendship that grows between him and the strange boy is on the one hand quite surreal and on the other hand fascinating. "The Boy" will not be appreciated by everyone and is certainly not an easy film to digest. Apparently it's the first part of a trilogy. Let's hope the next two sections have a stronger content and less emphasis on the symbolic and atmosphere.