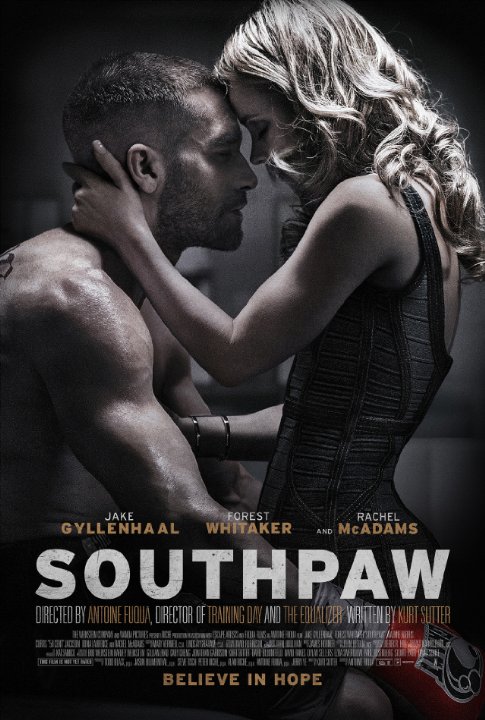 Pound for pound this film is not very good.
Stoney McStonerson - wrote on 09/26/15

Southpaw tries for the grit and drama of a Raging Bull. The Rah! Rah! moments of a Rocky and the Emotional punch of Million Dollar Baby. But unfortunately Southpaw lacks any uniqueness to be considered with any of the great Boxing films. Jake Gyllenhall's "Good" performance is wasted on this tired, cliche ridden story. The writing is tepid and lazy at best. You'll notice anytime Forest Whitaker attempts to give one of those Inspirational speeches he can barely be understood. When you can hear what he's saying he's truly saying nothing but "blah, blah, blah". Most of his rambling monologues seem improvised,makes no sense and are barely recognizable at being from the English language. This movie frustrates because director Fuqua thinks you can just get by with some crying and dramatic music to make you feel. Unfortunately this movie falls mostly flat with weak writing (feels like it was written by a punch drunk Boxer), uninspired Direction and some pretty one note performances (Whitaker seems to be over reaching in every scene) Too sappy in it's dramatic family spots and just alarmingly stale dialogue bog down the enitre film. Jake Gyllenhall does his best with what little he has to work with but it's not enough to bring us into the ring.