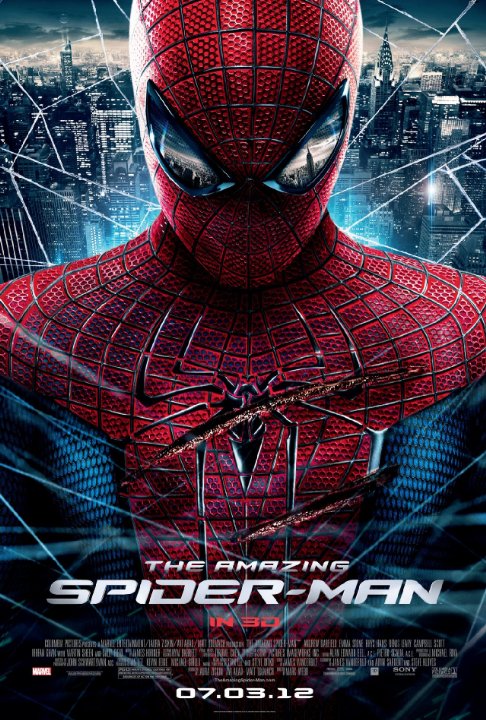 Just go watch the first Spider-Man (2002, Tobey Maguire) movie and save yourself the trouble. Peter Parker, a good guy who stands up for bully-bait, gets bitten by a radioactive spider and becomes a dude with super powers. After his uncle dies, he becomes obsessed with revenge, and eventually starts fighting the Lizard for some reason.

If you've seen a handful of superhero films, then this movie will feel a lot like the ones you didn't like. The villain is introduced in a way that screams that he is a villain, and then there is a twenty minute song-and-dance in which you are led to believe he's a well-intentioned scientist. After he transforms into the Lizard, he stops making sense, and starts going through the typical villain motions of causing trouble for Spider-Man to conveniently stop.

This time around, Spider-Man is liked pretty much immediately, and there is no where for the story to go. The romance in this movie is certainly not worth watching, because it happens with such ease, and ultimately has no stakes. Their relationship has no obstacles, no problems, no build-up, it's just so bland.

Aunt May and Uncle Ben serve no purpose in this movie. Although Uncle Ben's death motivates Peter Parker to wear a mask, it doesn't motivate him into being a hero--which is what is MEANT to do from the original comics written by Stan Lee. Lovers of the comics: there is no Daily Bugle, and the one Daily Bugle newspaper that we get to see looks like it was made by a high school student for a class project.

With reckless abandon, this film leaves behind the source material, and delivers a Twilight-like, substance-less experience, saved only by a few of the great Spider-Man animations by Sony Picture Animation Studios.

Seriously: watch the 2002 Spider-Man film, THEN watch this one. That's the best way to know which one is good, and which one is a complete waste of time. What I loved about the original film is that when Spider-Man becomes Spider-Man, it's an amazing feeling. When Peter Parker spoke to Mary Jane, it meant something to him. Peter was flawed, and human. "The Amazing Spider-Man" presents a very cliche, embarrassingly superficial Peter Parker, and a Spider-Man that wears GOLDEN BALET SLIPPERS!!! HOW DARE YOU PUT GOLDEN BALET SLIPPERS ON SPIDER-MAN!!!

And that's what killed it. Golden slippers. If anyone put golden slippers on Batman, Bob Kane would turn in his grave.