lastonetoleave's Movie Review of The Look of Silence 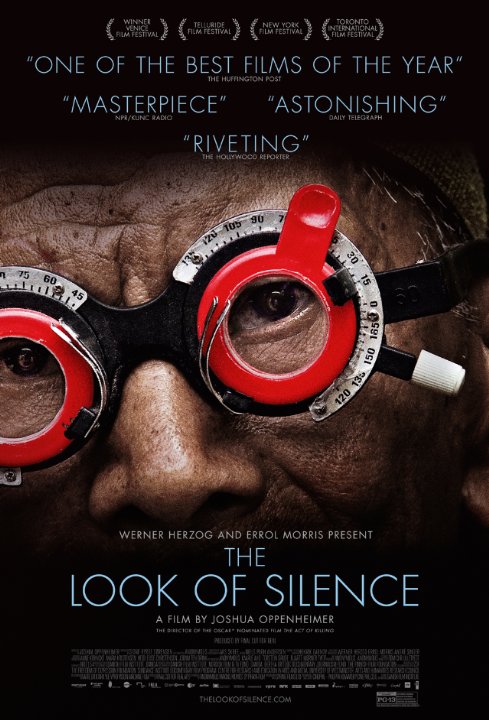 The Look of Silence

The Look of Silence (2015) PG-13 Documentary about a family who survived the genocide in Indonesia and the journey that one man, Adi, goes on to confront the men who killed his brother. This is a sequel to the award winning 2012 documentary, The Act of Killing. The killing of Adiâs brother was described by his killers with almost glee in the first film. The Look of Silence doesnât have the visual flair of The Act of Killing, nor does it have the emotional impact of that movie. It just might be too late, with too many old menâs memories fading or dying, to give the needed release that you want from this film. There are a couple of feeble attempts by some of the children to ask for forgiveness for the sins of their fathers, but itâs few and far between. Adi, while he seems to be a noble and forgiving man, gets very little from his quest. The film gives very few answers to Adi, and many of his neighbors continue to believe that the mass extermination of more than one million people was justified. Thatâs why many of the conversations that Adi has with his brotherâs killers end with Adi looking at them, in silence. My Rating: Full Price - See more at: http://lastonetoleavethetheatre.blogspot.com/2015/08/fantastic-four.html#sthash.emahXz6q.dpuf