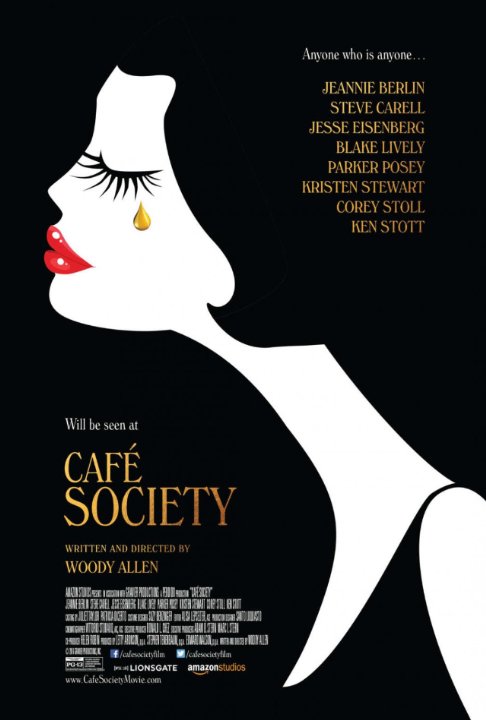 'Cafe Society' is Woody Allen's latest (almost yearly) output. His usual sensibilities we've grown accustom to are all present: romantic comedy, nostalgic framework, Manhattan ogling, and Jewish jokes abound. His form of lenient repetition of themes never tires on me. It's surprising that his latest effort relies so heavily on his older cornerstones, given that his last few were more dramatic character studies, but yet I enjoyed those familiar aspects more so here than in other recent works. The main reason being tied to the enjoyably varied characters and their genuine relationships. The story covers a slice of highlife unfolding in a specific period, unfolding in Los Angeles and Manhattan. Distance and connect are felt between the two locations through the main character's journey between them - the first half taking place in California and the latter being in New York. Eisenberg and Stewart shine together as an on-screen couple once more. Great casting for these particular roles. They fill the exact characteristic needed in their natural states. The intersecting relationships are worth investing in. A deft combination of comedy and drama guide us along nicely. It has a cheeky sense of humor and a sweet nature to it all. Very enjoyable fluff.