MARTHA !!! - Honestly insulted that, that's&nbsp;the way they decided to go.&nbsp; 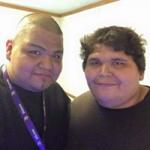 I actually wonder if the Batman V Superman, story and plot could have "streamlined" into a much more simpler movie....And I feel that way about a few other superhero movies as well like Spider-Man 3, X-Men: The Last Stand, The Amazing Spider-Man 2, and even Avengers: Age of Ultron to a certain extent. I mean, what's wrong with having a streamlined story and plot, by the way? There's a saying, called "Keep it simple, stupid!" and I wholeheartedly believe in that.

I didn't think it was as bad as the critics made it out to be either - but I'm not exactly heartily endorsing it. I found it jumped around way too much in the beginning, added in pointless dream sequences and didn't have a good enough payoff to warrant the run time. Also, Jesse Eisenberg is way too annoying in his Lex Luthor portrayal. That being said, I did think Ben Affleck made a decent Batman/Bruce Wayne and the setup for Wonder Woman (and the rest of the Justice League) is intriguing enough I'm willing to give the franchise a shot. They need to lighten up, though, both Man of Steel and Batman v Superman is missing that humorous element that The Avengers and Deadpool pulled off so well.

ok am seeing such negative feedback on this one why?